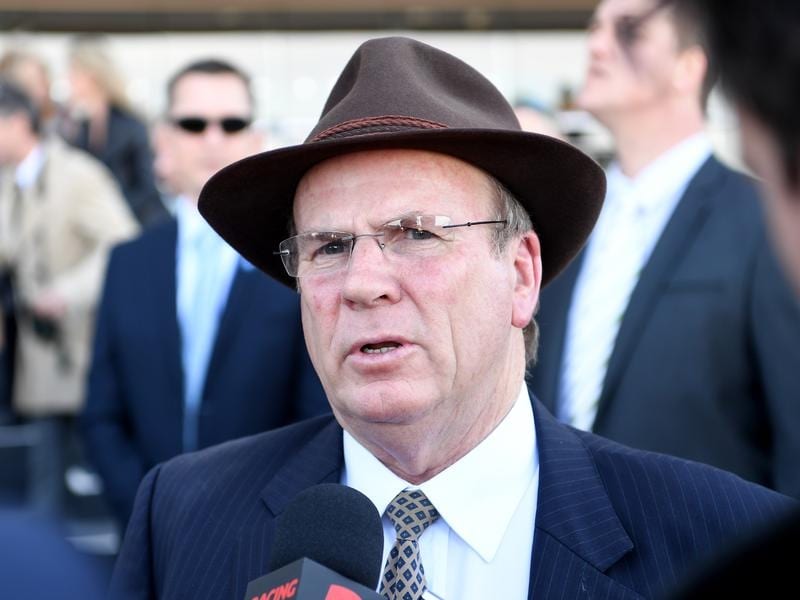 Robert Smerdon has argued a racing tribunal had no power to ban him for life over the “Aquanita eight” doping scandal because he had surrendered his trainer’s licence.

One of four trainers appealing their disqualifications over the cheating conspiracy, Smerdon has also challenged the Racing Appeals and Disciplinary Board’s jurisdiction to hear the charges against him.

Smerdon handed in his trainer’s licence in March last year, after he was charged with corrupt conduct but before the RAD Board heard the case and handed down sanctions.

Smerdon argued that effectively once he surrendered his licence, that was the end of the matter, the Victorian Civil and Administrative Tribunal heard on Tuesday.

Smerdon’s lawyer Tim McHenry said at the time when the RAD Board heard the charges and later determined sanctions, the trainer was no longer bound by the rules of racing.

“If the tribunal is against us on that simple premise, our pack of cards, we acknowledge, collapses,” McHenry told VCAT.

He said Racing Victoria argued Smerdon could not simply surrender his licence.

“That would suggest that somehow or other the rules endorse some sort of enslavement – that someone once being granted a licence has no option or opportunity to surrender it,” McHenry said.

“Where a trainer has breached the rules while he was licensed and bound by the rules of racing, can he escape a disciplinary hearing and consequent sanction by purporting to surrender his licence after charges have been laid but before the charges are heard.

Bennett said a reasonable person would not expect someone could walk away with an untainted disciplinary record by surrendering their licence, particularly when the conduct involved serious and repeated cheating.

Eight people associated with thoroughbred management company Aquanita Racing were disqualified over the conspiracy to cheat in more than 100 races over seven years, using top-ups of sodium bicarbonate and Tripart paste.

VCAT deputy president Heather Lambrick will hand down her decision on the challenges by Smerdon, Stuart Webb (banned for four years), Tony Vasil (three years) and Liam Birchley (one year) at a later date.