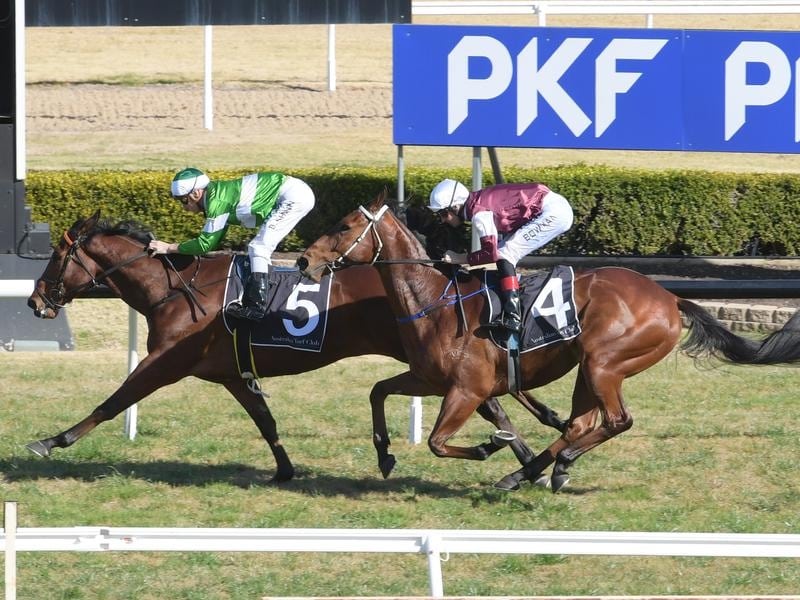 Blake Shinn has had to call on all his skills to get the talented but immature Smart Ain’t He to break his maiden at Canterbury.

The Anthony and Edward Cummins-trained three-year-old was sent out the $2.50 equal favourite in the Trent Hancock Plate (1200m) but gave Shinn a scare mid-race when he almost tossed the jockey.

“It was pretty scary,” Shinn said. “Thank the good Lord for looking after me there.

“He’s a big raw, awkward and gangly type of horse and when Hugh (Bowman, Safe Landing) was coming across, my horse just looked at him, shifted in onto the rail, rebounded off, slipped and I lost my off-side iron.

“I was in a fair bit of difficulty. I thought that I might even come off so I’ll give myself a pat on the back because I did a good job to stay on.”

Smart Ain’t He beat Safe Landing, the other equal favourite, by a half-length.

“The horse was just too good,” Shinn said. “It’s a testament to his ability he was able to overcome difficulties and win.”

A short time later, it was Bowman’s turn to find himself in the wars when Danawi, the favourite for the Hinchinbrook Handicap, reared twice on his way to the barriers.

Bowman dismounted and Danawi then galloped for a considerable distance before being recaptured and subsequently scratched.

The race was won by the Greg McFarlane-trained Golden Tycoon, a half brother to Stradbroke Handicap placegetter Super Cash.

He is also a half brother to the McFarlane-trained Super Tycoon who runs at Rosehill on Saturday.

“He’s always been going to be a nice horse. We got some big offers from Hong Kong and we knocked them back and hopefully it’s onwards and upwards with him.”

Shinn notched a double when the Peter and Paul Snowden-trained Smartedge won the final race at Canterbury for the season.