Sky Boy To Star In Villiers For Cummings 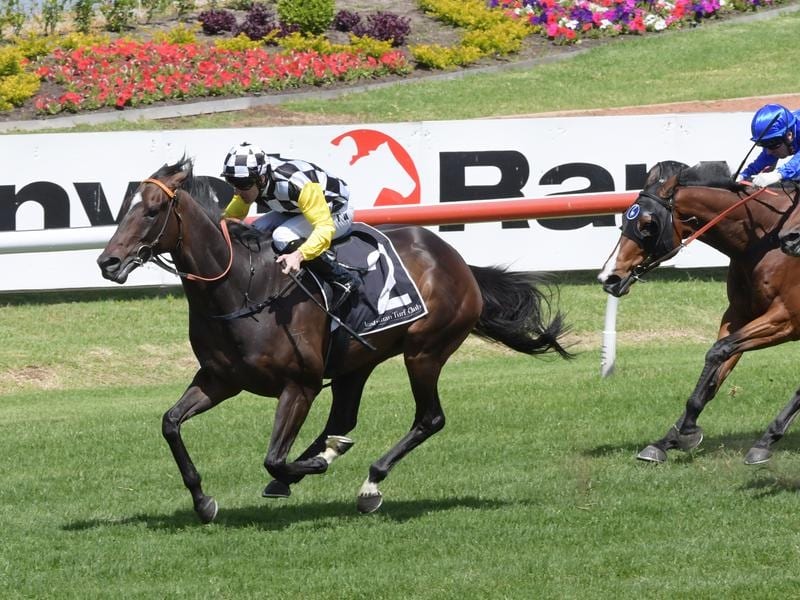 Anthony Cummings has no regrets about selling Montaigne, the horse now known as Beauty Generation and an international star.

Cummings and his owners sold the 2016 Rosehill Guineas runner-up after his next start when he finished fourth in the BMW.

“He showed Group One potential when he was here and it was a lot of money to be offered for a gelding,” Cummings said.

“And if he had stayed here he would be running around coming second to Winx.”

Sky Boy has won his past four starts over distances ranging from 1500 to 2000 metres.

He comes back from 1800 metres at Rosehill on November 24 and is the TAB’s favourite among the 22 nominations.

“The three weeks between runs suits and he will be sharp enough for the 1600 metres,” Cummings said.

“The plan is to win the Villiers which gets him into the Doncaster Mile.”

The gelding is by Pendragon out of Zazabelle who Cummings’ late father Bart trained to run third in the 1999 Melbourne Cup won by stablemate Rogan Josh.

Sky Boy will carry 53kg with Christian Reith, who has been aboard for his past three starts, to ride.

The Gai Waterhouse and Adrian Bott-trained Fabrizio is the topweight with 59kg ahead of Life Less Ordinary and Red Excitement on 58.5kg.

The Chris Waller-trained Life Less Ordinary is coming off a last-start third in the Ballarat Cup (2200m) while veteran Red Excitement from the Gerald Ryan stable is coming back in distance from his third in the ATC Cup (2000m).

The Waller-trained My Nordic Hero is at $7 behind Sky Boy ($4.50) with all other runners in double figures.