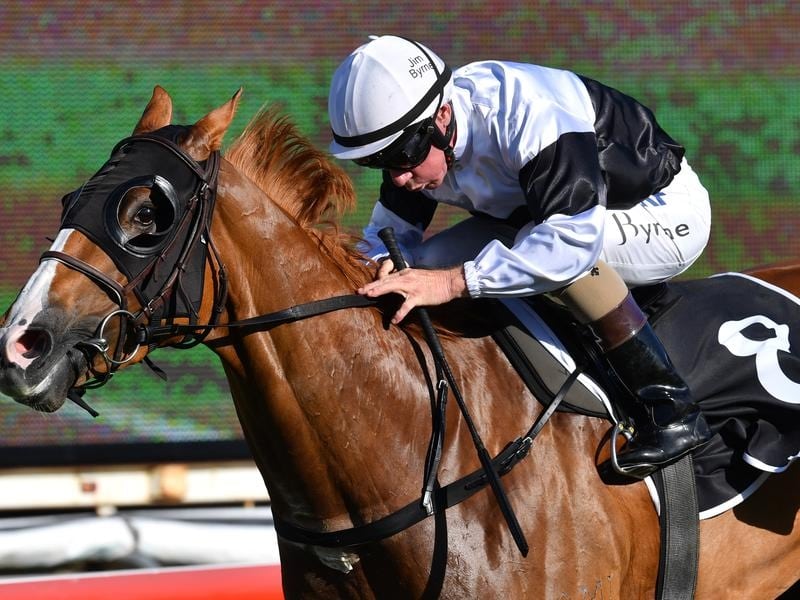 Trainer Liam Birchley’s pet theory will get another test with smart filly Sista Act at Doomben.

Sista Act was scratched from a suitable three-year-old race last week when she drew wide to run in the Xplore Resources Plate (1200m) on Saturday.

The Plate is a set weights race for two and three-year-olds with the idea to give young horses an extra chance at QTIS bonus money.

Racing Queensland has been rewarded with a capacity field for Saturday’s race which carries the last of the metropolitan QTIS money for 2017/18.

Sista Act, who has drawn barrier six on Saturday, will pick up nearly $80,000 if she wins.

Birchley has a policy of not starting horses from outside barrier six at Doomben unless absolutely necessary.

“It is especially the case with a horse like Sista Act as she is one-dimensional. You really can’t really try to restrain her and look for a trail,” Birchley said.

“It is why I scratched her last week and hoped for a better draw this week. But you have to chase the QTIS money while they can.”

Sista Act was well beaten first-up but has a history of going much better second-up with her record two wins and a second from three attempts.

At her last second-up run Sista Act won a $125,000 QTIS race at the Gold Coast after being beaten out of a place at Warwick.