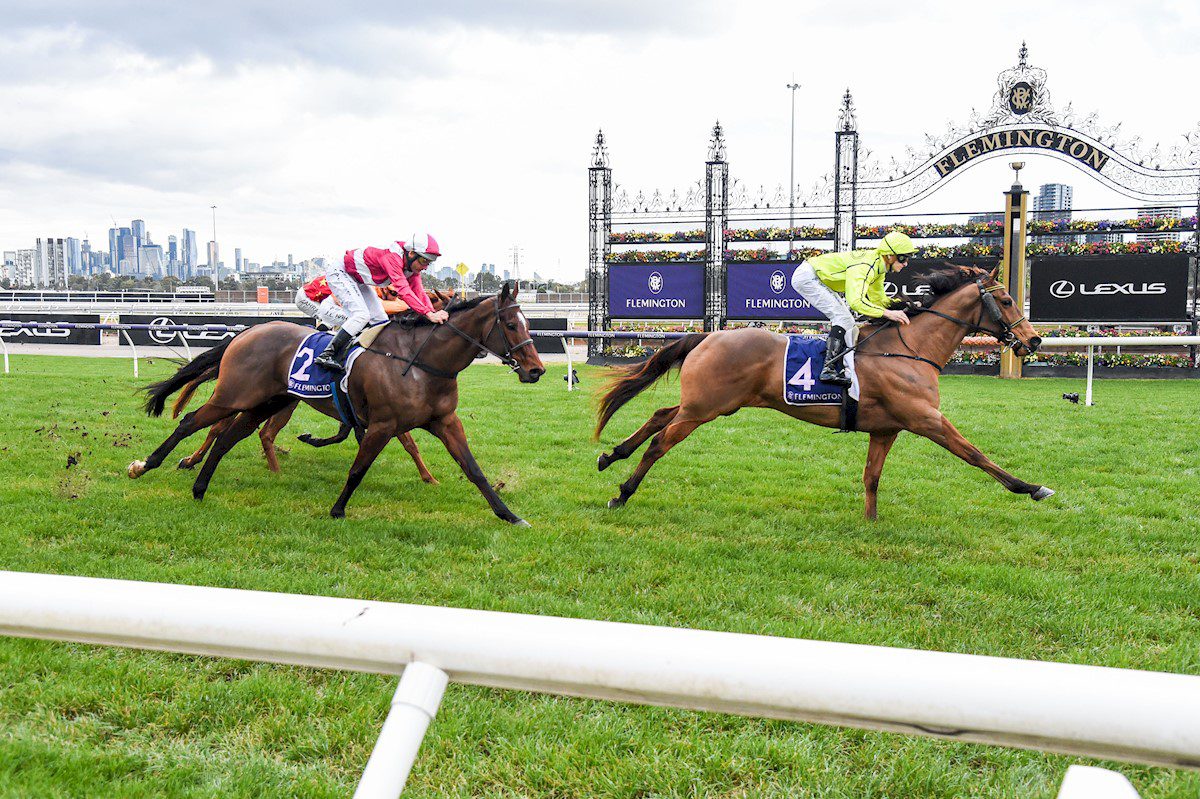 It was as simple as jump, lead and win in the Group 3 Aurie’s Star Handicap for track specialist Sirius Suspect.

The Saab Hasan-trained eight-year-old went into the 1200m sprint as a well-supported second favourite as he searched for a fifth win down the Flemington straight.

After jumping cleanly from barrier six under Ethan Brown, the son of Wanted controlled the race from the front and gave a terrific kick when asked for a supreme effort, getting away from Shooting For Gold and setting an unassailable margin for Stageman and King Of Sparta to reel in.

Sirius Suspect has now won back-to-back races at the track and distance, but it was today’s victory that winning trainer Hasan holds dearest.

In an emotional post-race interview, Hasan said that having horse like this in his stable has saved his business to some extent.

“This horse has really kept us in the circuit,” he said.

“The team have been struggling when we moved up to Tabilk. My partner and I, with our little girl, we moved up there and we’ve been sorta treading water.

“This horse – I couldn’t train him in the metropolitan area – he was a very hot horse, whereas being able to train him from Tabilk, he’s just been all the difference in the world.

“He’s an eight-year-old and just getting better. Without horses like Sirius, we’d be just treading water.”

Sirius Suspect has now won over $850,000 for his connections, with Australian Thoroughbred Bloodstock (ATB) owning the majority share.

Given that the horse started his career with Darren Weir, Hasan said that it “means everything” to reward the owners with a Group 3 victory.

“The horses like this that ATB provided us and the owners – they made a big call to give him to us – it means everything,” he said.

“I was probably more nervous today than I was in the Newmarket because I just felt the track might have been a bit too sticky for him.

“We found the lane that we thought he would relish. He hasn’t raced for five weeks – it’s just a remarkable performance.”