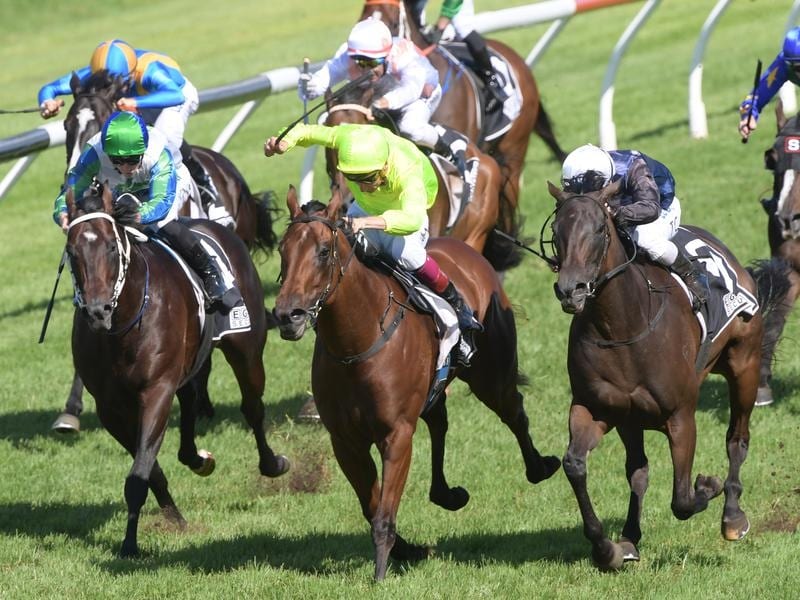 Siren’s Fury has come from behind to take out the Star Kingdom Stakes in a photo finish.

The five-year-old mare faced a depleted but speedy field in the 1200m race at Rosehill on Saturday before overtaking Manuel at the final moment to win.

“Mid-race when she wasn’t really travelling that strong, she was sort of only just keeping in contact (and) I guess the positive thoughts were slowly going away but she’s always strong late and it was good to see her charging the line,” trainer Jason Coyle said.

“(Jockey) Tim (Clark) said before the race a lot of these races were very much tempo related, so if the tempo was on here she was going to be the horse to run over the top of them.”

Coyle was hopeful the mare could go up another level on the heels of her success.

“Obviously the plan is to go up to a mile but we might just sort of back off her now and go to Hawkesbury and Scone.”

Coming off the gutsy ride, Clark said the outcome came back to the speed of the race.

“She was off the bridle a long way from home, she was always going to be strong late with that 1400 under her belt and that was the key,” he said.

“Big finish on her, got conditions that suit, speed on – had to come back to the speed they were going.”