Sircconi Ready For Group One Test In Mile 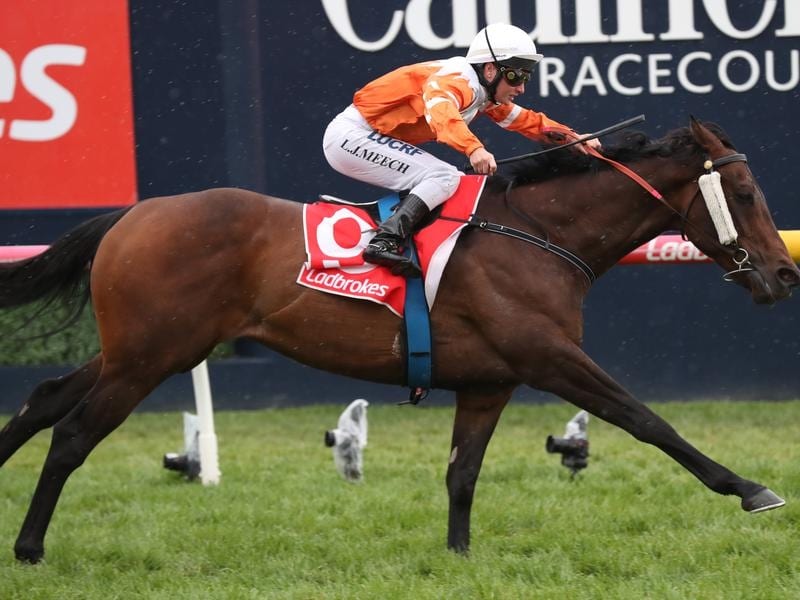 John Sadler’s association with Sircconi has been short but so far fruitful and goes to another level in the Group One Kennedy Mile at Flemington.

Sircconi made his way to Sadler’s Caulfield stable when the property his former trainer Peter Morgan was operating from was put on the market.

That coincided with Morgan receiving treatment for bowel cancer and while he transferred most of his horses to Sadler, he is hoping his retirement will not be permanent.

Sircconi, the winner of the 2017 Group Two Sires’ Produce Stakes, impressed Sadler when he won he won his first start for his new trainer, claiming the Group Three Moonga Stakes .

His regular rider Linda Meech was aboard and takes the ride again in Saturday’s Group One race.

Both Meech and Morgan have given Sadler valuable insight into Sircconi who has drawn barrier four in his Group One assignment.

Sadler took Sircconi to Sandown for a gallop on Tuesday morning when he was joined by Morgan and Meech.

“Linda was very pleased and she certainly knows the horse better than I do and Pete liked what he saw also,” Sadler said.

“He’s got an alley (four) money couldn’t buy and he’s drawn to get the run of the race.

“And if there’s a bit of moisture in the track I would say he would be as good a chance as any in the race.”

Thunderstorms were predicted in Melbourne on Friday night.

Sircconi is stepping up to 1600m for the first time this preparation and in four previous attempts has been placed once.

Sadler doesn’t see the distance as a problem as Sircconi is more relaxed after undergoing a gelding operation before this campaign.

“Getting gelded has been the makings of the horse,” Sadler said.

“Two starts back before he came to me he should have won.

“He was good winning last time and he certainly hasn’t taken one step backwards.”

Best Of Days gained a run with the scratching on Crack Me Up and the Weir-trained Iconoclasm is next in line as second emergency if there are any more scratchings.