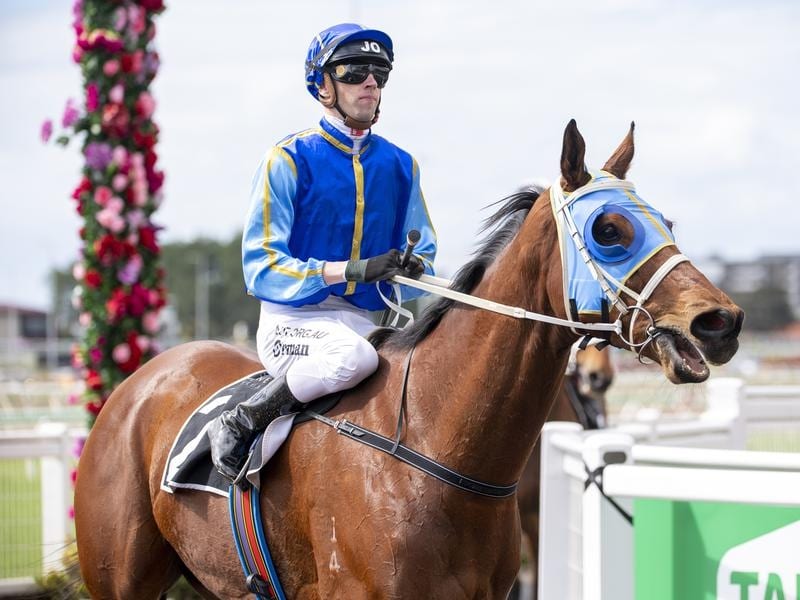 A home state Cups campaign is on the agenda for Sir Barnabus if he can repel the Chris Waller juggernaut at Doomben.

Sir Barnabus is on the second line of betting at $4.80 with TAB fixed odds, behind the Waller-trained duo of Humbolt Current and Mangione, the $4.20 joint favourites for the Souths Sports Club Handicap (2000m).

The six-year-old has developed a reputation as a 2200-metre specialist winning four times at that distance but trainer Jason Edwards believes he is versatile enough to cope with Saturday’s shorter trip.

“Not a problem at all. He’s a horse, if I kept him fresh, who would be very competitive over a mile,” Edwards said.

“The reason the horse has won nine races is because he’s adaptable. From a mile up he’s always competitive so I’m not worried about the (shorter) trip at all.”

The Toowoomba Cup (2000m) later next month and the Queensland Cup (2200m) at Doomben in October are races Edwards is eying off with Sir Barnabus.

The gelding has been a wonderful money-spinner for the trainer who paid only $8000 for the son of Rothesay.

“As soon as I saw him I wanted him. I had no money to buy the horse so I went and got an overdraft on the business and was able to syndicate him,” Edwards said.

“You never know where you’re going to find a good one. All the horses I buy are cheapies but he’s stood the test of time and he’s one of those horses that’s got that bit better with every prep.

“Some of these good stayers don’t develop until they’re six or seven so who’s to say he can’t be better again next prep.”

Edwards will also be represented at Doomben by last-start winner Amore Primus in the TAB Long May We Play Handicap (1600m).

In the same race, Desleigh Forster has booked Jim Byrne to replace the injured Taylor Marshall aboard Eelloh.