Sir Bacchus Returns To His Best At Farm 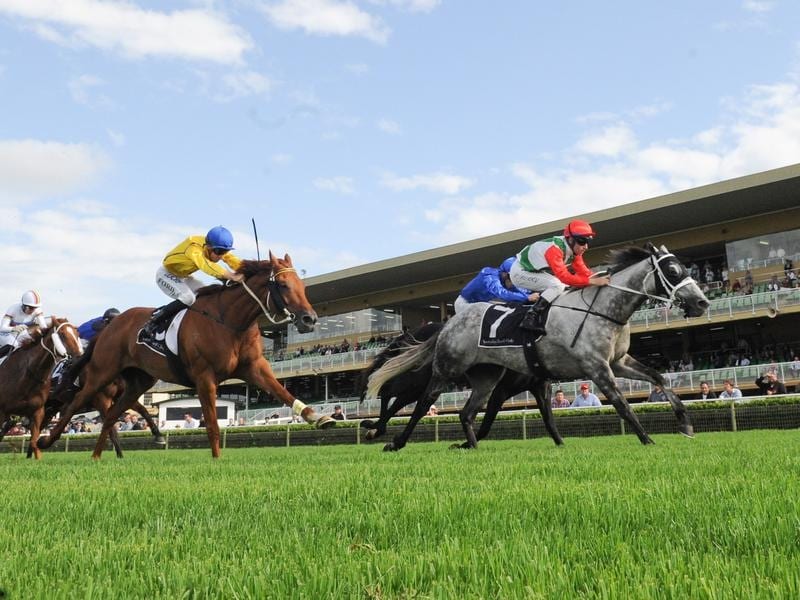 Chris Waller’s decision to give Sir Bacchus a change of scenery at Warwick Farm has paid dividends at the gelding’s temporary home track.

Waller operates a small stable at Warwick Farm as well as his Rosehill complex and sent Sir Bacchus to the more relaxed atmosphere after his disappointing performance two weeks ago.

After a slashing third at Rosehill on November 24, Sir Bacchus beat just one runner home at his next start.

He returned to his best on Saturday at Warwick Farm as a $6.50 chance in the December Handicap (1400m), winding up in the straight to beat $5.50 favourite Spectroscope by a long neck, with another neck to Conarchie ($12), who held on well after leading.

“He has been a frustrating horse to follow,” Waller said.

“But he has been good for his owners.

“First-up he was brilliant but second-up he was not the same so I brought him across to the Warwick Farm stable where he has been in a day yard.

His previous seven wins had been on good or soft tracks but he was unlucky in his only other attempt on the heavy ground he experienced at Warwick Farm.

He was ridden by Tommy Berry, who earlier rode explosive sprinter Heart Conquered to win over 1000m for Hawkes Racing.

As Sydney’s premier trainer, Waller can be expected to train winners at every meeting and often has multiple runners in a race.

It might not always work out but it was perfect in Saturday’s benchmark 88 handicap over 2110m when the stable’s five runners filled the first five placings.

The first four are imports from Europe, with Follow Suit originally from New Zealand, again highlighting the lack of distance horses bred in Australia.