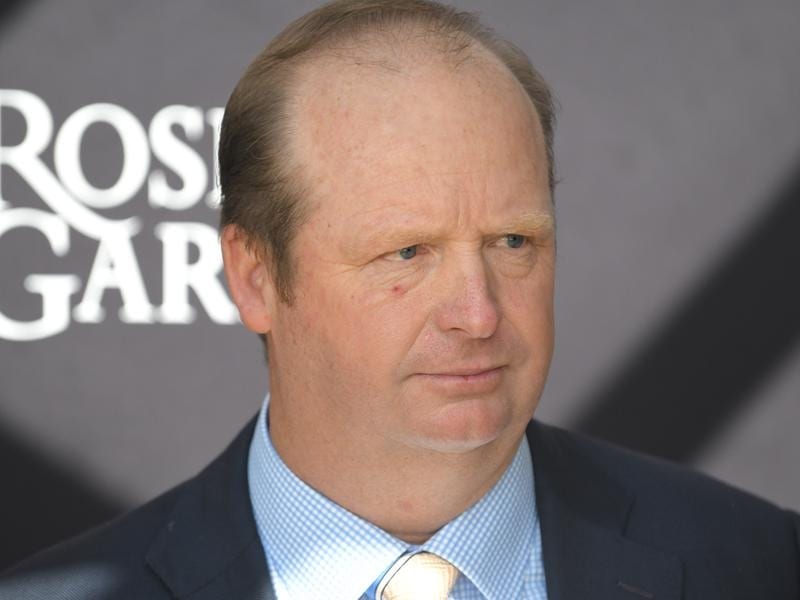 Since he won a Group Three race as a two-year-old, Single Bullet’s career has been a case of near misses and a couple of disappointments.

But his return to the winners’ circle at Randwick in October has renewed trainer Gary Portelli’s faith in the sprinter heading to Saturday’s 1100m-Benchmark 88 race at Rosehill on Saturday.

Single Bullet won the Pago Pago Stakes in March 2017 to earn his place in the Golden Slipper but finished down the track in the rich race won by his stablemate She Will Reign.

While She Will Reign, who was sold earlier this year to Japanese owner/breeder Katsumi Yoshida, went on to win the Group One Moir Stakes at three, Single Bullet racked up six minor placings until his 1000m-win at Randwick on October 27.

He is one of 19 entries for Saturday’s sprint with Albumin the top-rater on 86.

“He hasn’t raced for a month and I will step up the work rate and give him a strong gallop on Tuesday morning,” Portelli said.

Although he hasn’t yet won as many races as his connections might have hoped, Portelli can see the difference in the four-year-old since he was gelded.

“He is a beautiful horse,” he said.

“He always has been but there’s a difference when I go to saddle him up on race day now. He used to get pretty worked up but now he just stands there.

“He has a beautiful nature and I’m hoping he can build on his last win in what I also hope will be a genuinely run race.”

Portelli is also optimistic about his other two Rosehill runners, Nicci’s Gold in the 1400m-race for mares and Ronstar, the highest rated of the eight entries for the three-year-old event over the same distance.

Nicci’s Gold finished second on November 17 to Seasons, a mare her trainer Les Bridge has compared favourably to Group One placegetter Avoid Lightning.

“She’s never been placed first-up before and second-up is usually her go so I’m sure she will do well,” Portelli said.

“With Ronstar, I think I made a mistake with him last time dropping him back to 1100 metres thinking there would be an even tempo in the small field and it didn’t work out that way.