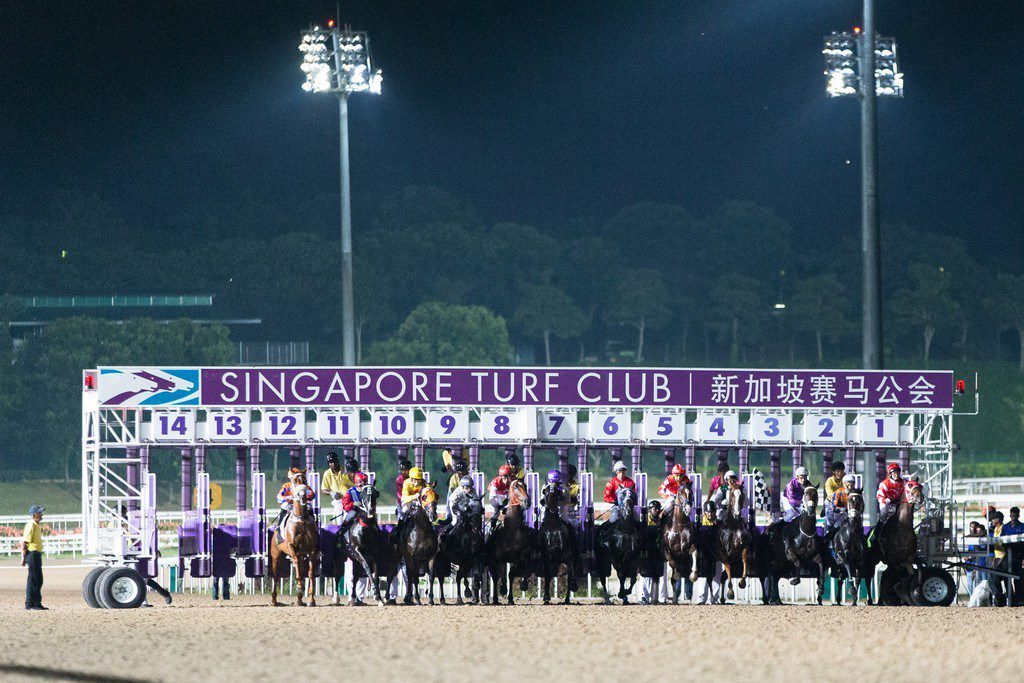 The Singapore Turf Club have announced a raft of enhancements to their racing calendar next year.

The club have announced a total of 20 feature races, 10 more than the current racing season, and the reinstatement of four iconic race series.

Developed in close consultation with trainers and the racing community, the fixtures for the new racing season aim to elevate the sport of horse racing in Singapore by offering more feature races for runners.

“In our conversations with trainers, they have asked that we prioritise raising the quality of races and we have answered with the doubling of feature races and the return of popular race series,” Singapore Turf Club Chief Racing Officer Dayle Brown said.

“The revamped racing fixtures is particularly designed to bring greater prestige to the sport when runners have more feature races at their disposal. Race series takes the sport to a higher level by challenging the tenacity of champion horses and offering them additional impetus to excel.

“The new fixtures ensure a progressive pathway for our racehorses, and I am looking forward to how trainers will be building their racehorse profiles and strategies for the new racing season to take full advantage of the fixtures and series.

There will be 48 race meetings, slated as 37 Saturday meetings and 11 Sunday meetings, in which two meetings will fall on Public Holidays. The two meetings are held on a Saturday – 22 April 2023 (EW Barker Trophy meeting on Hari Raya Puasa) and on a Sunday – 11 February 2024 (Fortune Bowl meeting on second day of Chinese New Year) respectively.

The last meeting of the year will conclude with the Colonial Chief Stakes meeting on 2 December and the industry will then have a four-week break during the festive season, before resuming in 2024 with the New Year Cup meeting on 7 January.

While eight of the current feature races had been run this year, the Merlion Trophy (1200m) and the Raffles Cup (1600m) are slated to be run on 4 February and 25 March next year.

With the release of the new fixtures, both feature races will be run twice in 2023, with the second running of the Raffles Cup on 23 September and the Merlion Trophy on 28 October.

The second Raffles Cup will be held as the first leg of the reinstated Singapore Triple Crown series, while the second Merlion Trophy will still be run as a standalone sprint feature race.

Nine of the 10 feature races making a return on the new fixtures were discontinued in 2021 after the COVID-19 pandemic struck, except for the Kranji Sprint (1200m), which was renamed the Rocket Man Sprint (1200m) in 2017 in a move by STC to name races to honour past greats. The Rocket Man Sprint was last run in 2020 and will now return as another race alongside the Kranji Sprint.

Next up, the Singapore Four-Year-Old Challenge series will see the Silver Bowl (1400m) run in June, followed by the Stewards’ Cup (1600m) and culminate with the Singapore Derby (1800m). Both races will be run in July.

Towards the later half of the season, the Raffles Cup (1600m), the Queen Elizabeth II Cup (1800m) and the Singapore Gold Cup (2000m) that make up the three legs of the Singapore Triple Crown series will be run in September, October and November respectively.

For the STC Super Sprint and the Singapore Triple Crown series, the winning owners of the horses that make a clean sweep of all three legs of each series will be awarded a bonus prizemoney of S$100,000 each.