Shraaoh Too Strong First-Up At Flemington 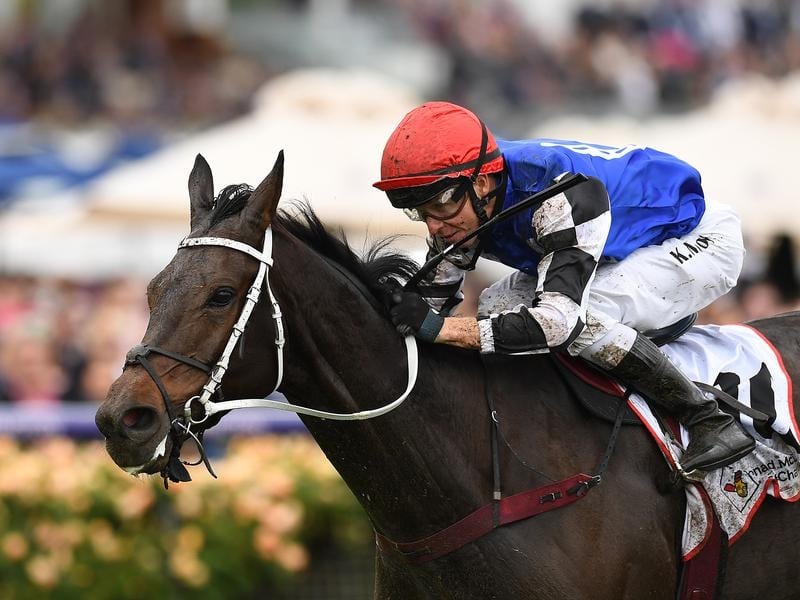 Chris Waller-trained import Shraaoh has won a staying test at his Australian debut on a rain-sodden Flemington.

Ridden by Kerrin McEvoy, Shraaoh ($6) ran out a 1-3/4 length winner over the $5 favourite Steel Prince with Azuro ($6.50) three-quarters of a length away third.

Shraaoh endured a tough trip from England with a plane-full of other international hopefuls for Melbourne’s spring carnival.

The flight was delayed almost 24 hours due a cracked windscreen in Sharjah which stretched the trip from Newmarket to Werribee’s quarantine centre to almost 60 hours.

After finishing his quarantine stint, Shraaoh was shipped to Waller’s Flemington stable where he continued to be worked with Tuesday’s race in mind.

“We’ve just done basic ground work with him, similar to what we do with our stayers as he came over here very fit.

“It’s been an interesting exercise.

“I said to the owners we should trial him but they said don’t dare trial him.

“I had a chuckle to myself when he went to the front thinking he’s got to be fit to hang on.

“It’s given me great appreciation of the European stayers how fit they actually are and how we don’t have to interfere too much in this late stage.”

Waller said he’s unlikely to press on to the Sandown meeting on November 17, preferring a break and setting him for next year’s Sydney Cup.

“He could be back here next year,” Waller said in reference to the Melbourne Cup.