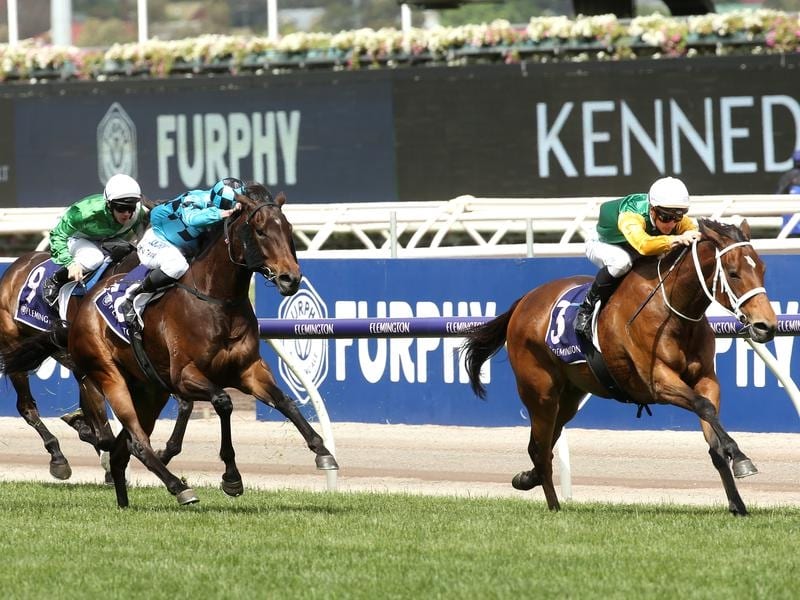 Shillelagh has returned to Flemington to claim a second Group One race on the opening day of the Melbourne Cup four-day carnival.

Waller had Shillelagh aimed at last year’s Empire Rose Stakes only to have the mare balloted from the 1600m race at acceptance time.

“Last year she had to run against the boys and luckily we had her in both races,” Waller said.

“She ran well at Caulfield, as she did last year, and the writing was on the wall she was going to run well and her racing style says she needs Flemington.”

Like her famous stablemate Winx, Shillelagh is a seven-year-old mare and while not in the same class, Waller is proud of her achievements.

“We encouraged the owner not to send her to stud and breed from her but to continue racing for another six or 12 months and that’s been justified.”

Shillelagh has been entered for the Railway Stakes and the Kingston Town Stakes at Ascot in Perth.

Waller is keen to try the mare at 2000m and may back her up in the Matriarch Stakes next Saturday, but suggested the 1800m of the Kingston Town may suit.

McDonald didn’t leave the fence on the mare gaining a run in the last 150m and sprinting clear for an easy win.

“It’s great how it all worked out,” McDonald said.

“She travelled so beautifully in the running line and was probably fifth-back the fence.

“I had to get a little bit of luck in the run and she got that.

“I was on the right horse, well trained, and peaked to perfection.”