She Will Reign To Return In Missile Stakes 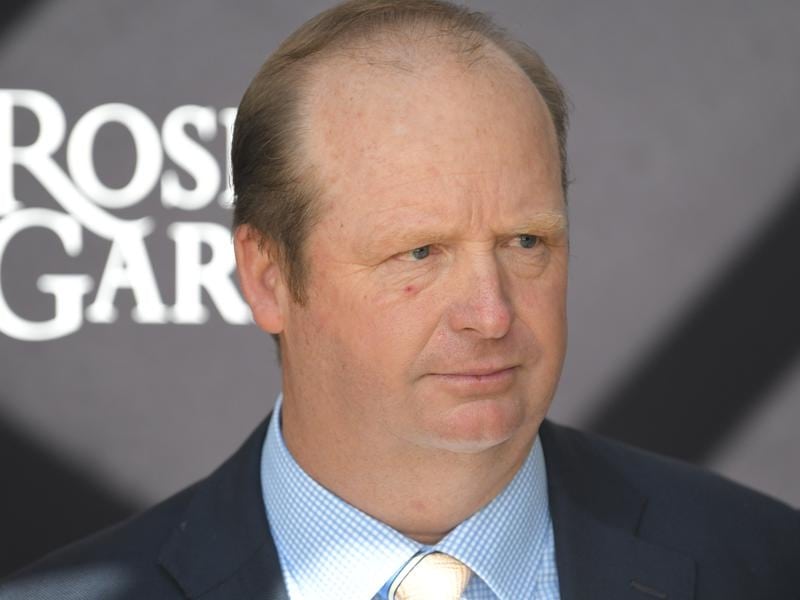 She Will Reign is set to make her new season return in a star-studded Missile Stakes at Rosehill with trainer Gary Portelli anticipating the dual Group One-winning sprinter can stretch out in distance this preparation.

Saturday’s Group Two 1200m-race is expected to feature a host of Group One performers and Portelli says She Will Reign’s performance will be crucial in determining spring plans.

“The preparation will all hinge on what she does in this race, as far as what distance we go up to.

“I’m looking forward to seeing how she goes. It’s going to be a very high-pressure race, I’ve got no doubt, with the horses they’re spruiking going into the Missile first-up and with horses trying to get into The Everest.

“It just might open the race up for something swooping and that’s the way I want her ridden.”

She Will Reign powered home from back in the field to win the Group One Moir Stakes (1000m) first-up last spring and Portelli wants her ridden in a similar fashion on Saturday.

James McDonald has ridden She Will Reign in her two recent barrier trials but will ride Pierata.

Kerrin McEvoy, who won the Moir on She Will Reign, has been booked for the Missile.

“I want her to get back and once the jockey decides to go just keep going and hopefully she’s good enough to match it with these good sprinters over 1200,” Portelli said.

But Portelli has his suspicions the 1200m might prove short of She Will Reign’s best distance now she is a bit older.

“James McDonald rode her in the trials and said if he hadn’t have known she won a Golden Slipper, to him she was a miler,” Portelli said.

“And that’s what we’ve been thinking for a while. As she’s got older her body shape has changed.

“She’s a completely different horse to look at structurally. I think her galloping action has changed and her attitude is relaxed.

“I’m hoping down the track if she can step up in distance, maybe a Myer Classic or something might be a race for her.”

The Group One Myer Classic (1600m) for fillies and mares is at Flemington in early November.

She Will Reign is in her final preparation for Portelli and Darby Racing after being sold to an undisclosed northern hemisphere buyer.