Sharrock gets prized trophy with Waisake 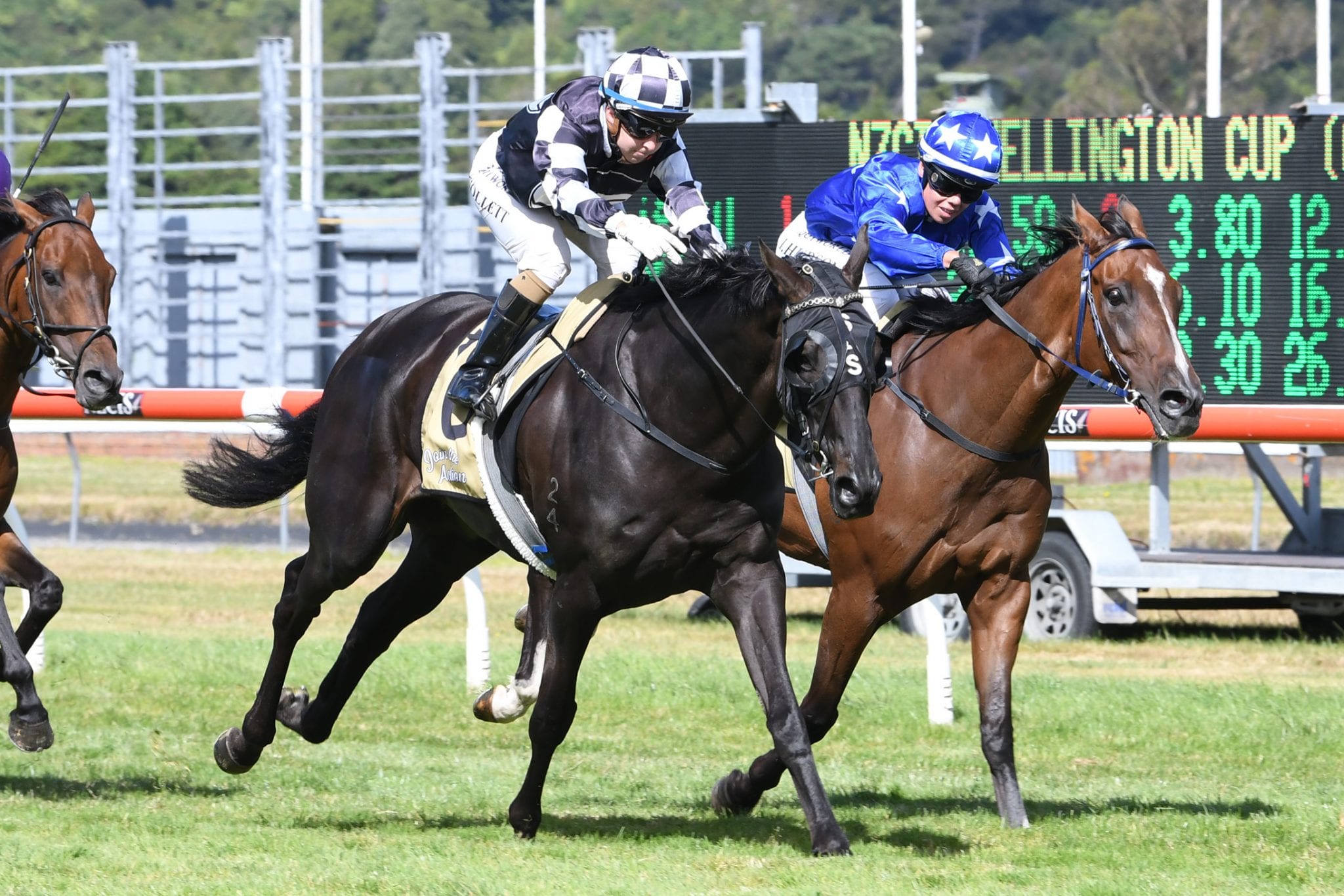 Race favourite Waisake completed a plan that was eight months in the making when he stormed home to take out the Group 3 NZ Campus of Innovation & Sport Wellington Cup (3200m) at Trentham on Saturday. Trainer Allan Sharrock had told plenty of people over the past two years he felt the son of Zed was a true two miler in the making and was keen to formulate a plan that had the famous Trentham staying contest as the ultimate prize.

That plan began to take shape when Waisake was successful over 2000m during the Hastings Spring carnival last year, with Sharrock carefully plotting a path to have his charge at peak for his Trentham assignment.

Making full use of an inside barrier, rider Sam Collett had Waisake travelling easily throughout before beginning to creep into contention with 800m to run. Collett diligently followed instructions to angle off the fence to make her run wider out in the home straight but was still giving rank outsider Bluey’s Chance a big start with 300m left to run.

Collett didn’t panic as she wound her mount up for one final sprint and he delivered in style to collar Bluey’s Chance with 50m to run and ease clear by half a length, with Te Rapa visitor Justamaiz storming home from near last to snatch third from Swords Drawn.

Sharrock cut a satisfied figure as he accepted congratulations after the victory. “It’s taken eight months, but we’ve ticked it off,” Sharrock said. “I knew I had him right, but the ride was a little tough early as I wanted him off the fence.

“She saved all the ground though and got off at the right time. “The other two had gone (clear) but she hadn’t really got at him until the furlong (200m) and he is resolute, a really nice staying horse. “There’s nothing better than setting them for a race and then pulling it off. “That’s why we stay in the game, to try and achieve that. “He’s a lightly raced horse that will get better with age, so hopefully I will as well.”

The victory was Collett’s third over the two-mile journey after taking out the last two Group 1 Auckland Cups (3200m) with Glory Days and Roger That respectively and is quietly gaining a reputation as the two-mile Queen.

“To be quite fair my part in the win is quite small compared to the months and months it takes to get these horses ready for a race like this,” Collett said. “All credit to the Sharrock team to get him here and with a lovely light weight.

“It worked out well, but he had to tough it out and left it to the last few strides to get the win. “It wasn’t where I was supposed to be (on the rail) but I had to just ride my race and to measure how much gas your horse has.

“He was travelling a little bit too good for how I would have liked, then hit a flat spot at the 1000m, so he was brave to muster his way through it and it is a tribute to his fitness he finished off so well. “I was only confident in the last 50m, but it shows he is a genuine staying horse.”

Purchased for just $28,000 by Sharrock from the Ainsley Downs Stud draft during the Festival sale at Karaka in 2016, Waisake has now won six of his 23 starts for a large group of owners including Sharrock and takes his prizemoney earnings in excess of $220,000.