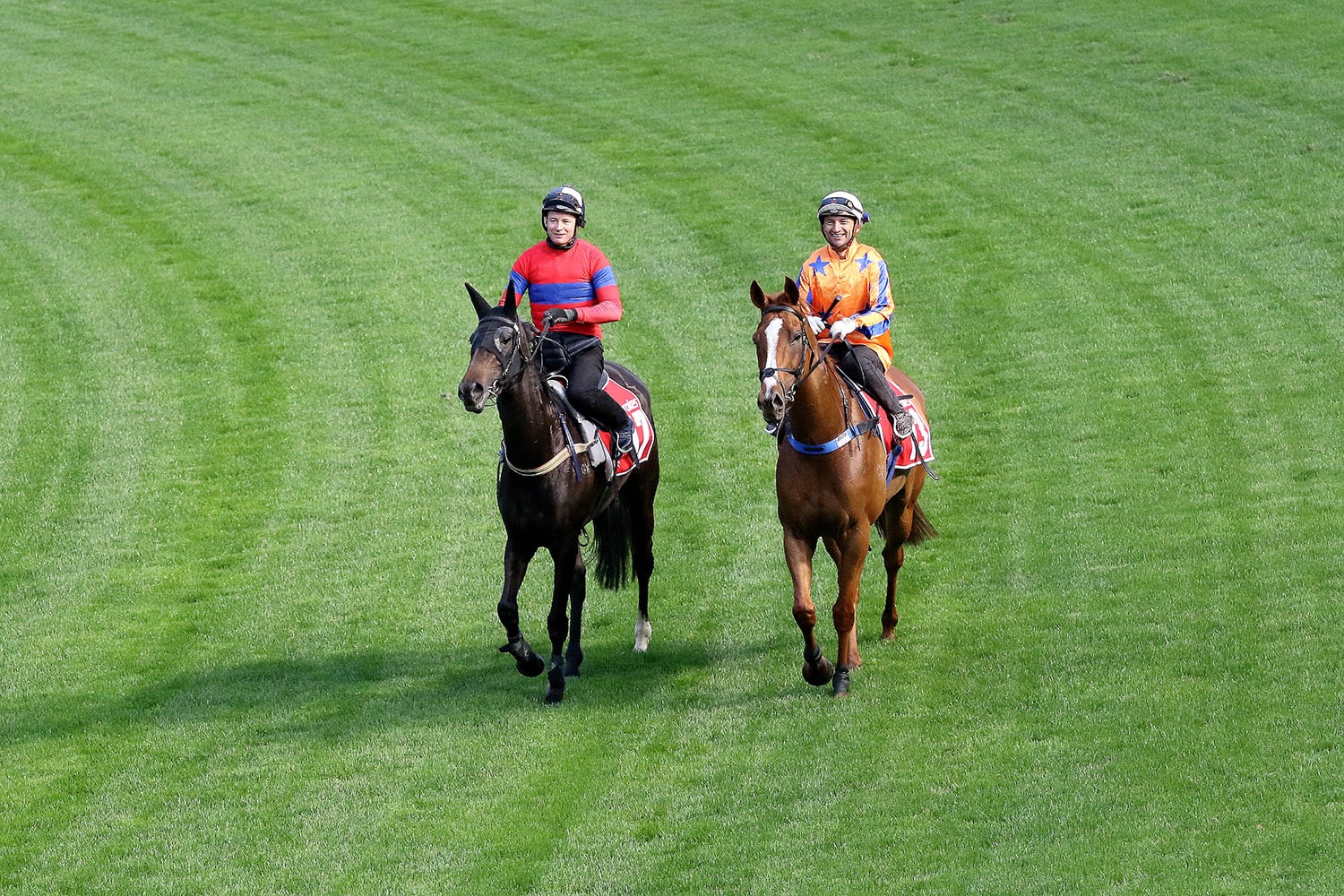 New Zealand raider Te Akau Shark and Sydney three-year-old Castelvecchio have been included in the 14-horse field for the A$5 million Group 1 Cox Plate (2040m). The two were among those in danger of missing a start but have been included with dual Cox Plate placegetter Humidor named first emergency. But Te Akau Shark will have to contend with the outside barrier, with no horse having won from barrier 14 in the 99-year history of Australasia’s weight-for-age championship.

While pleased with making the field, trainer Jamie Richards was disheartened with the draw. “It’s going to be difficult from there, especially when it is his first time at weight-for age in Australia,” he said. “He’s going to need to be at his best, but we are happy with him and hopefully we can give them a shake. We shouldn’t be unlucky from out there.”

The son of Rip Van Winkle worked over 1200m at ‘Breakfast With The Best’ at Moonee Valley on Tuesday morning and Richards is trying to find a silver-lining to his gelding’s wide gate. “The horse worked well here this morning, he will appreciate a little bit of room,” Richards said. “He usually gets back and I think around the Valley a little bit of room is going to suit him and hopefully he’ll get a bit of momentum up down the side. “He’s going the right way. It is a big step up for him, but we are here, and this has been the aim.”

The five-year-old chestnut heads into the race in good form, having finished runner-up in each of his three starts this preparation, including a short-margin defeat to Kolding in the Group 1 Epsom Handicap (1600m). “If we had won the Epsom he looks one of the favourites. He has run second, not beaten far, but he certainly is going the right way.”

It will be the first time the 30-year-old horseman will line-up a horse in the time-honoured race and he said he hopes to be back for more. “It is a pleasure to have a horse good enough to compete on the international stage and we are very grateful for the support of our owners and to the big boss, David Ellis, for buying all of these nice horses for us,” he said. “If we can’t do it on Saturday, we will certainly be coming back for another crack.”

While connections of Te Akau Shark are celebrating his opportunity to take on the best weight-for-age gallopers in this part of the world, prominent New Zealand owner John Carter, who shares in the ownership of both Verry Elleegant and Humidor, had mixed feelings after the former gained a start but the latter was named first emergency. “I think she deserved to get in, but I think it is a disgrace that he didn’t,” Carter said. “He’s come back from a major injury, which he sustained ironically in the Cox Plate last year, and it was doubtful as to whether he was ever going to race again.

“They took it extremely easy on him and Lindsey Smith did a great job with all of that recovery work before he went back to Ciaron Maher and Dave Eustace. “His goal was always the Cox Plate as he seems to peak on that day every year. It is quite disappointing really, especially after his last run in the Caulfield Stakes (Group 1, 2000m) where he was in the worst part of the track and he was storming home.”

Humidor will likely contest the Group 1 Mackinnon Stakes (2000m) on the last day of the Flemington carnival after missing his chance at The Valley.

Carter, who along with siblings Mark and Rachel form Jomara Bloodstock, also part-owns dual Group 1 winner Verry Elleegant and is looking for a bold run from the last start Group 2 winner. “The option was to run her in the Caulfield Cup (Group 1, 2400m), where Chris (Waller, trainer) believed there wouldn’t be enough speed on. “I never doubt his judgement. Hopefully this is the right race for her and there is enough speed on. “She will be in the paddock the day after the Cox Plate and whatever she’s doing now, she is going to be a better horse next year.”