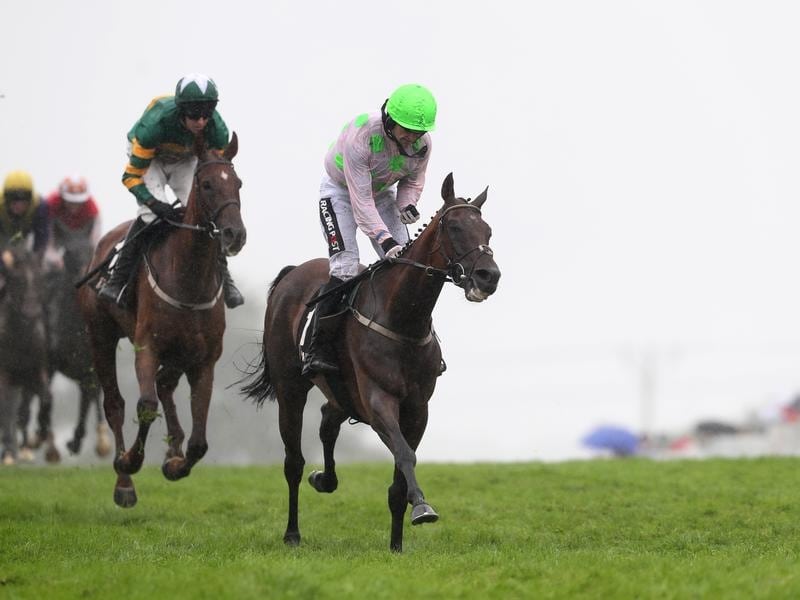 The Willie Mullins-trained Sharjah has won the Galway Hurdle with his stablemate, dual Melbourne Cup placegetter Max Dynamite, out of the placings.

Making his handicap debut under the burden of 11st 7lb (73kg), the Rich Ricci-owned Sharjah travelled well into contention, before jumping alongside another stablemate Blazer at the final flight.

Quickening up well, he kept up the gallop to score by three lengths at 12-1.

Sharjah’s career had stalled since he had a Grade One at his mercy at Christmas, only to fall at the final flight.

For champion amateur Patrick Mullins, rider of several Grade One winners, this victory will no doubt be one of the sweetest, while for his father it was a second win in two years after Clondaw Warrior in 2016.

“It was extraordinary, Willie Mullins said,.

“I couldn’t believe it. He got a brilliant start, but I thought it was going to be tough for a topweight to make all.

“The weights were compressed – the Galway Hurdle is so valuable nowadays – and I thought our bottom-weight Max Dynamite had such a good chance, but he didn’t jump.

“Ruby (Walsh) said he missed the first and once again he fluffed his jumping lines.”

The Mullins-trained Wicklow Brave, 10th in last year’s Melbourne Cup, will run as the odds-on favourite in the Rockshore Race (2800m) on the flat on the final day of the Galway Festival on Friday (Saturday AEST).