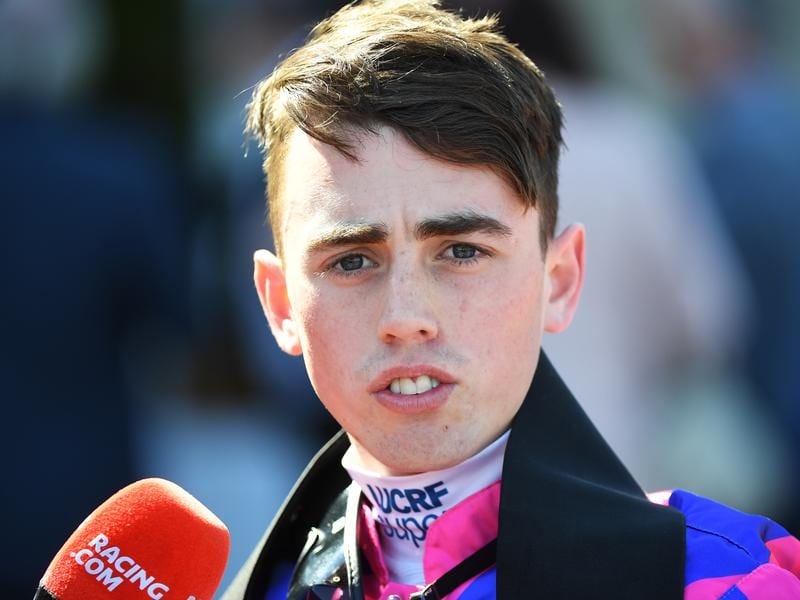 Trainer Patrick Keane hopes Shaquiana can help erase his bad memories of Sandown when she lines up in a three-year-old fillies race at the city track.

A winner at Cranbourne last month when she downed a $1.28 hot-pot, Shaquiana runs in Wednesday’s The Big Screen Company Handicap (1000m).

A former jockey, Keane’s career in the saddle ended in 2016 in a fall that left him nursing significant injuries.

“I fractured my knee, broke my hip, six vertebrae, my shoulder and punctured my lung,” Keane said.

“I had two hip operations and surgeons wanted to operate on my spine and my shoulder.

“I eventually got back to riding in trials but I couldn’t move my shoulder properly and I couldn’t lie in bed properly without my back hurting, so that finished my riding career.”

Now Keane rides trackwork and jump-outs but doesn’t have a licence for trials or races and concentrates on training.

He said Shaquiana had shown ability in her jump-outs before her win and had never been fully tested.

“If she keeps improving like she is I think she can get to Saturday class,” Keane said.

“She’s never really been tested apart from that race at Cranbourne and they were 4-1/2 lengths in front of the rest.

“And I’m sure they’ve got an opinion of the second horse (Yulong Mercury).

“I would have liked to have given her more time after Cranbourne but this is worth almost $40,000 to the winner with the VOBIS money so it’s worth having a crack.

“She’ll probably go to the paddock after the race and if she happened to win, or run a good race, we’d look at bringing her back for something in the autumn.”

First-up Mornington winner Du Well is the $3.20 favourite ahead of debut Bendigo winner Irresistable Girl ($5) with Shaquiana at $7.