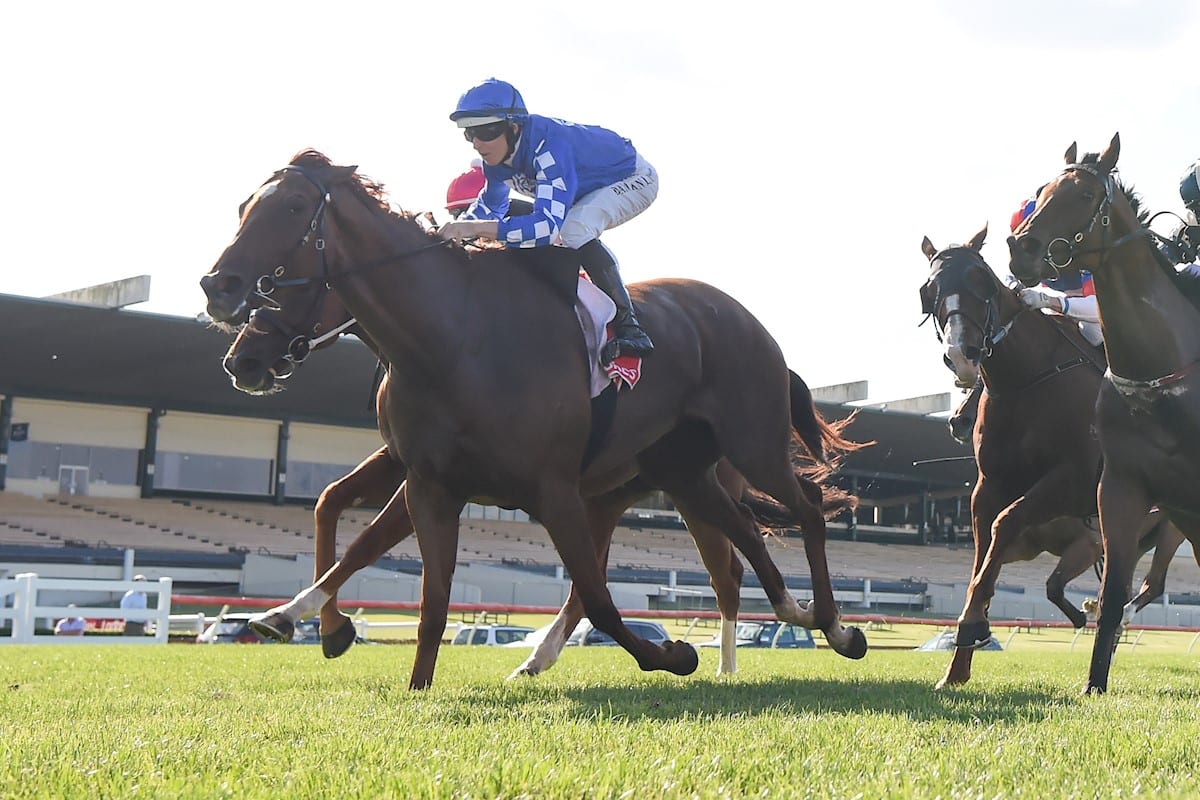 Simon Zahra is happy to take his time with Shandy after her first-up win in the Ladbrokes Split Multi Handicap (1400m) at Sandown on Wednesday.

Shandy emerged during the winter last year stringing together three wins on end, twice in town at Sandown and The Valley, before the daughter of Melbourne Cup winner Fiorente was stepped up to stakes company.

Zahra, who trains in partnership with Mathew Ellerton, said the stable had been “sucked-in” to running Shandy in the Group 3 Naturalism Stakes (2000m) at Caulfield last September.

Shandy finished 12th behind Orderofthegarter and was then turned out for a spell.

“But she wasn’t quite ready for all of that.

“She’s a lightly-raced mare, still quite low in the ratings, so it’s good to earn some prize money and when the rain comes, that will enhance her claims as well.”

Wednesday’s victory was Shandy’s sixth from 15 starts and around $190,000 in prize money.

Zahra said there was some considerable concern when Shandy found herself in an awkward position early in the race after a slow beginning.

“There was plenty of swearing going on and I’m sure Damian was doing the same,” Zahra said.

“But she was good enough to overcome that when the gap appeared. She showed a great turn of foot from a mare that’s obviously going to improve off the run as she looked quite pretty in the yard.”