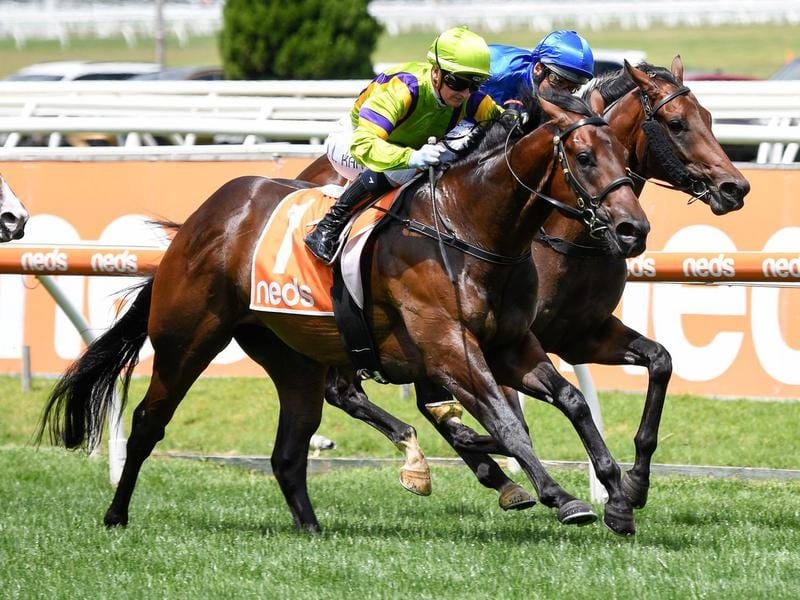 General Beau took another persuasive step to convincing his owner David Moodie to pay a late entry fee for the Blue Diamond Stakes with a narrow win in the Prelude.

Co-trainer Mathew Ellerton said they would discuss whether the $55,000 late entry fee, which needs to be paid by Monday, February 15, would be paid during the week for the $1.5 million race on February 20.

“We’ll have that conversation during the week and see how he pulls up.”

Moodie has 30 two-year-olds in work each season and it is his policy not to enter them for the major two-year-old races.

The son of Brazen Beau has now had four starts for three wins and a second. He has now won both the Blue Diamond Preview and now Prelude this time in.

General Beau’s jockey Jamie Kah said he would be better suited by a faster speed in the Blue Diamond Stakes.

“He just needs pace because he’s got so much left and he was just idling and pricking his ears,” Kah said.

“I’d love for them to push on to the Diamond as they’ll get some pace and I think he’ll be a different horse chasing,” Kah said.

General Beau ran 1.03.58 min for the 1100 metres which was almost a second faster than the impressive winner of the fillies’ division Arcaded who won comfortably.

Godolphin’s Melbourne stable foreman Sean Keogh said Arcaded would head to the Blue Diamond Stakes for her next start.

Arcaded was ridden by Damian Lane who said that she had shown improvement from her debut win at mid-week level.

“That’s what you want to see from the two-year-olds at this time of year. You want them to take another step forward and she certainly did that today,” Lane said.