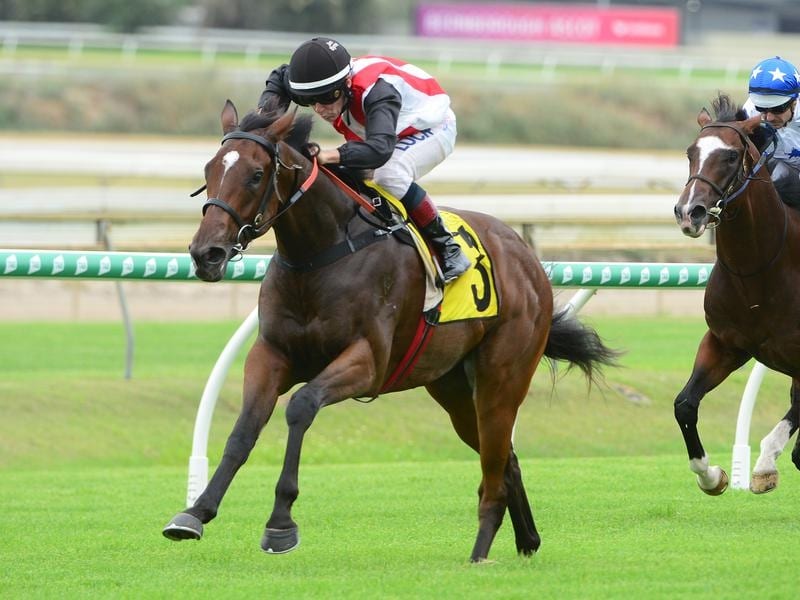 Improving gelding Stampe has put a dent in Neptune’s Spear’s Karaka Million hopes with a comprehensive win at Doomben.

Neptune’s Spear ($1.50) was having his final hit-out before crossing the Tasman for the Karaka Million at Ellerslie in Auckland on January 26.

He bounded straight to the lead but was hounded by Stampe ($4.20) who went past him in the straight to record a 3-1/4 length win in Wednesday’s two-year-old handicap (1100m).

Trainer Liam Birchley wasn’t at Doomben but his stable foreman Allan Russell said the trip to New Zealand was still on the table for Neptune’s Spear.

“At this stage he is going but we will have to monitor him. Maybe he got a way from us a bit as he is still a colt and they can trick you sometimes,” Russell said.

“Brad (jockey Stewart) thought he might be a bit brilliant for the 1200 metres in New Zealand but we might have to be a bit harder on Neptune’s Spear.”

Stampe was having his third start for trainer Chris Munce who was also at the Magic Millions Sale on the Gold Coast.

Munce’s wife Cathy said Stampe had been showing ability in trials and at his two previous starts.

“He was a lot fitter today and he could win a Saturday race on that effort,” she said.

Stewart later rode his fifth winner for the week, after doubles at Murwillumbah and Gatton, when Ignite the Light ($1.90) won the Class 5 Plate (1100m).

Stewart was able to dictate a walking pace early and then sprinted home in 33.4secs to score an easy win.

“They were never going to run him down when he went that early pace,” Stewart said.