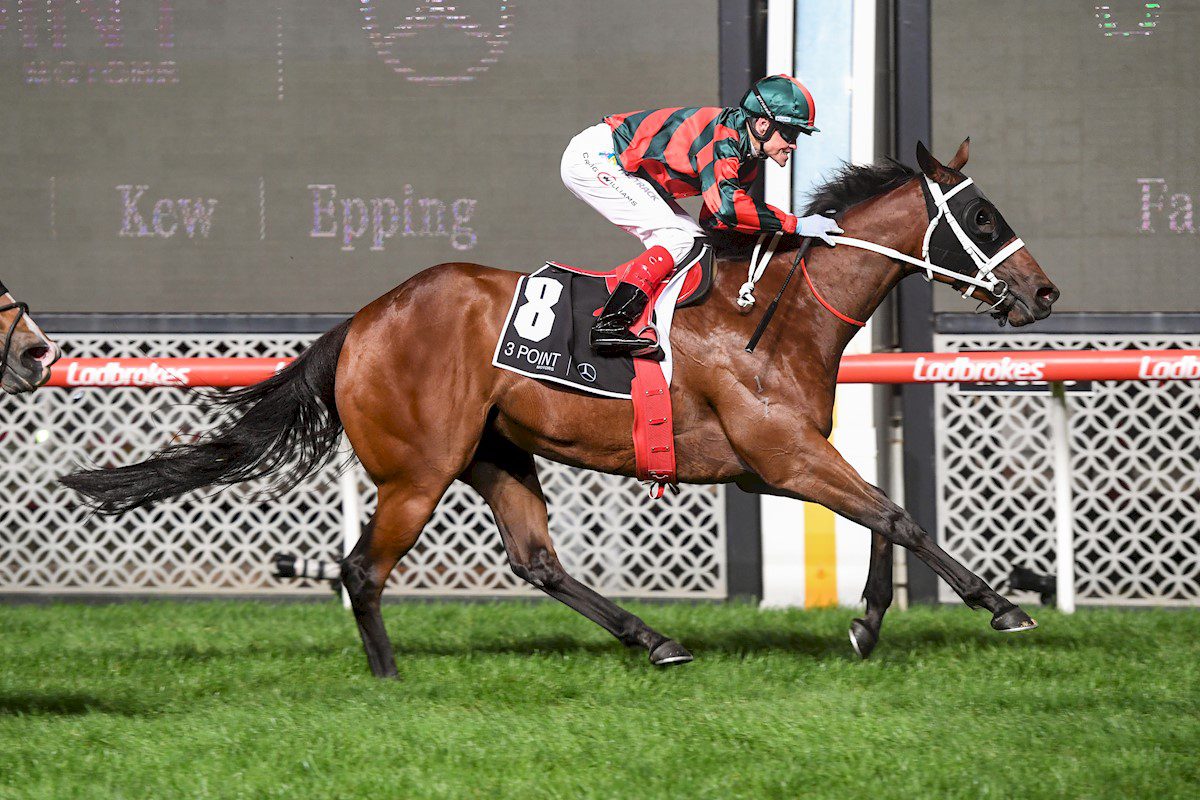 September Run recorded her first win since October 2020 with a dominant victory in the Group 1 William Reid Stakes (1200m) at The Valley on Friday night.

The Chris Waller-trained four-year-old showed a glimpse of her former self with a 0.6-length third in the Group 1 Newmarket Handicap (1200m) on March 12 at Flemington, but she was able to go to another level tonight to take out the $1 million sprint.

Sent out as an $18 chance, September Run got the right run in transit behind a hot speed set by Snapper and Jonker, which allowed her to loom up three-wide on the turn, before quickly putting paid to the short-priced favourite Marabi who could only battle away for fifth in what was her first defeat on a racetrack.

Halvorsen and General Beau finished the race off strongly to fill the minor money, adding plenty of value into wider exotics.

September Run was ridden by Craig Williams, who said that she won “pretty soft” when it’s all said and done.

“I noticed now after her three-year-old preparation that she’s a lot more mature,” Williams said.

“Chris was really confident to have the blinkers on her from the outset. He ran her first-up in the Newmarket and she ran so well; tonight, back to weight-for-age where she’s already a Group 1 winner – she just had to get around the track and she gave me a really sweet ride. She was the one who did all the running for me tonight from a tricky barrier draw.

“At the 50m mark, I thought this feels too easy that she got there and I got around the turn. She actually won pretty well and pretty soft tonight.”

Winning trainer Chris Waller made the trip to Moonee Valley on Friday night, which was a push in itself, but he too felt she had returned as a bigger, more mature mare this preparation.

Waller said that she was “probably the best three-year-old of her season”, so it was pleasing for him to see the hard work pay off.

“She was probably the best three-year-old of her season and then it’s gone backwards since then,” he said on Racing.com.

“It was a glimpse of September Run last start and she did a great job tonight.

“Moonee Valley is not normally her favourite track, but those runs have been over 1000m – tonight was 1200m and she really got to show her class.”

Waller is yet to make any concrete plans for his four-year-old, but he hinted that Adelaide’s May Carnival could be where she heads, with a race like the Sangster Stakes a potential target for her.