Self Sense Wins On Flat Ahead Of Gn Hurdle 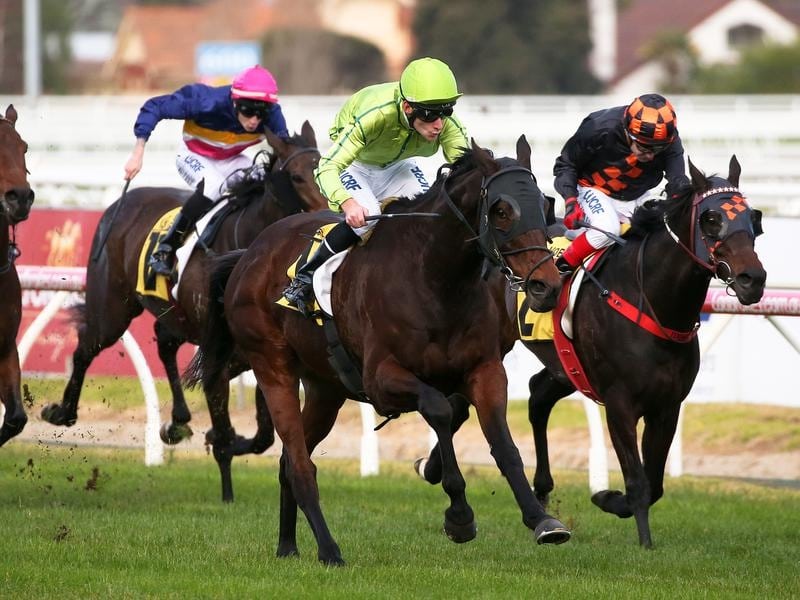 Self Sense has tuned up for the Grand National Hurdle with a dominant win on the flat in the VOBIS Gold Stayers at Caulfield.

Trainer David Brideoake had the option of a hurdle trial at Cranbourne on Friday or Saturday’s $150,000 flat race at Caulfield and elected for the latter.

Self Sense ($5), ridden by Jamie Mott, showed he was right on target for his main jumps racing goal of the season on Sunday week at Sandown, storming home over the top of his rivals at the end of the 2400m on Saturday.

The rising eight-year-old, who has successfully mixed flat and jumps racing this season, scored by 1-1/4-lengths over Sasko, with another half-length to Bondeiger third.

“I would say he has never gone as well as he is now,” Brideoake said.

“This has just been an amazing preparation.

“He has been up and going since January and to keep it going at this rate is quite amazing.”

His 11 starts this campaign have netted a couple of wins on the flat at Caulfield as well as victories in all three of his hurdle races.

“The jump racing has really lifted him to another level and by mixing the jumping with a little bit of his training, he’s an easy horse to maintain,” Brideoake said.

“And he’s just so genuine.”

Self Sense is now set for what is planned as his final start of this campaign in the Grand National (4200m) and Brideoake said he would have been happy just to see the gelding running home strongly on Saturday.

“I just wanted to give him a good hit-out, with the longer race in eight days time,” he said.

“It just says his condition is great and we can press on to the hurdle.”