Self Sense On Target For Ansett Classic 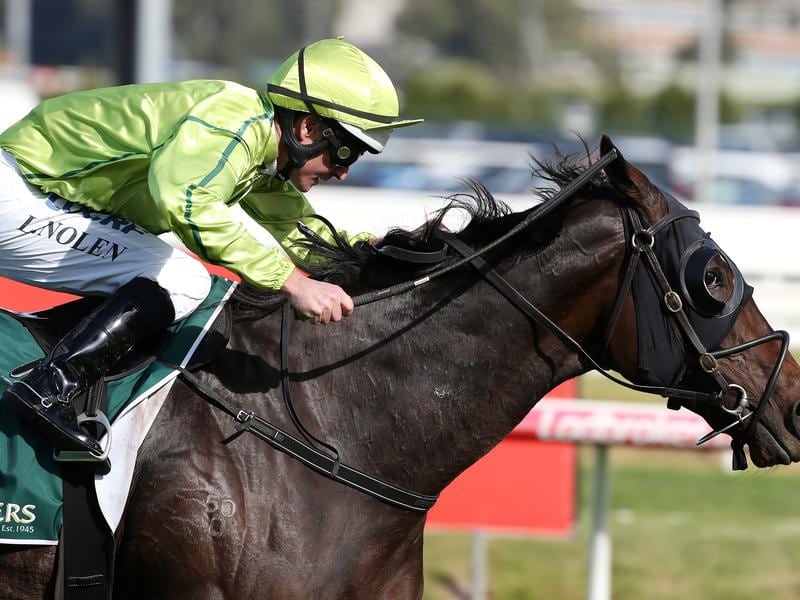 Local trainer David Brideoake will attempt to advance the Cups campaign of Self Sense in the R M Ansett Classic at Mornington.

Self Sense, who successfully mixed flat and hurdle racing during the winter, remains in contention for the Caulfield and Melbourne Cups.

His chances of making the Cups fields appear slim with Self Sense yet to pass the first ballot clause for either race.

Victory in Saturday’s 2400m-feature would mean Self Sense passing a vital clause but with 50kg in both races he will need to win a ballot-exemption race to claim a spot in either.

Unfortunately Saturday’s race doesn’t offer that ballot exemption, although the race has attracted a stronger field than Brideoake anticipated.

“I think its ended up quite a strong race, a bit stronger than what I thought it might have been,” Brideoake said.

“But the horse is in great shape.

“He jumped a few hurdles on Wednesday morning. He jumped beautifully and hopefully that will switch him on.”

Self Sense won a 2400m-flat race at Caulfield in July before running second in the Grand National Hurdle at Sandown last month.

After a freshen, Self Sense was produced over 1700m at Flemington on September 15 when he finished ninth to Furrion.

“They were just a bit too quick for him but I thought he ran well,” Brideoake said.

“He was good late and his recovery was good.

Brideoake will also saddle Street Spun at the meeting with the horse to carry 59.5kg under Rose Pearson as the pair try to extend their winning sequence to three in the Jack Dow Memorial Handicap over the same distance.

Saturday’s R M Ansett Classic has drawn together a field of 14, plus two emergencies, with Darren Weir having six runners safely in the field along with emergency Azuro.

The Gai Waterhouse and Adrian Bott-trained Hush Writer holds favouritism at $4.40 ahead of Our Venice Beach at $4.80 with Harrison and Haripour on the next line at $5.