Secret Lady To Step Up In Silver Shadow 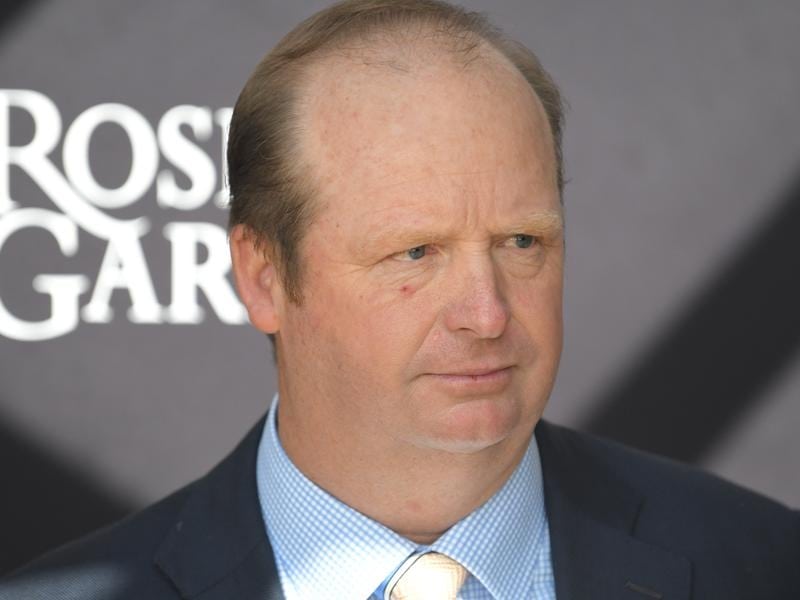 As he prepares to farewell She Will Reign from his Warwick Farm stable, Gary Portelli is looking for the next horse to take her place.

The winner of the 2017 Golden Slipper and Moir Stakes, She Will Reign has been retired after one unplaced start and slight inflammation in an airway in what was to be her final preparation for Portelli and Darby Racing.

She has been sold to Japanese interests and will be served in the northern hemisphere in the new year.

“It makes me think how lucky we were to have Rebel Dane in the stable for so long,” Portelli said.

“You don’t usually get to have them for a long time and She Will Reign is an example.

“We could have kept going but the tracks are so dry so the owners voted to retire her.

“We will have the owners to the stable hopefully on Sunday so we can all get together and say goodbye and reminisce.”

Rebel Dane raced across seven seasons, winning two Group One races and almost $2.5 million before being retired to stud while She Will Reign, a $20,000 yearling, earned $3.2 million.

Secret Lady has so far won one and been placed at two of her seven starts and earned a little more than $300,000 with bonuses included.

She will be out to improve on her record when she has her first start as a three-year-old in Saturday’s Group Two Silver Shadow Stakes (1200m).

“She is a quality filly and this race will give us an idea where we progress going forward,” Portelli said.

“It’s a tough race but it will tell us how good she is.

“I’m still not sure if she is a sprinter or we can get her out to 1600 metres in the Flight Stakes or Thousand Guineas.

“Her mother won over 1800 metres so that gives me hope she’s not just a sprinter.”

Secret Lady is a $26 chance with triple Group One placegetter Oohood the $2.40 favourite to shed her status as the country’s best maiden.