Secret Blaze To Continue On Path To Bagot 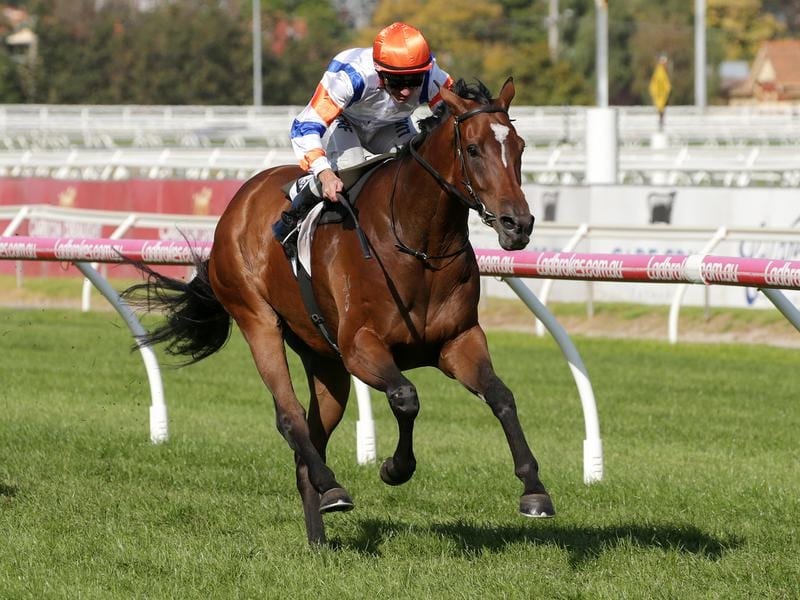 The Listed Bagot Handicap is the summer target for Secret Blaze who will first try to notch the third win of his preparation in a lead-up race at Flemington.

Secret Blaze is coming off a last-start second as favourite in the Listed Pakenham Cup over 2500m on December 7 and he runs again over the same distance in an open handicap on Saturday at Flemington ahead of the Bagot Handicap (2800m) at the same track on New Year’s Day.

Four-year-old Secret Blaze won the Listed Galilee Series Final (2425m) for three-year-olds during his previous campaign before ending that campaign with a fifth in the Group One South Australian Derby (2500m) in May.

After resuming from a spell with a third over 1418m at Geelong in September, Secret Blaze put together back-to-back wins at Morphettville over 1600m and The Valley over 2040m during November before coming from last to finish 1-1/2-lengths second to Etah James in the Pakenham Cup.

“He’s going as good as ever and his run the other day in the Pakenham Cup was first class. He just got too far back from the widest barrier and just had too much to do, and he almost did it.

“He was under pressure a long way out and kept coming and kept building and he did a tremendous job. Hopefully he can draw better on Saturday and he doesn’t have to get that far back.”

McEvoy, who trains in partnership with his son Calvin, believes having that 2500m race under his belt gives Secret Blaze an even better grounding for Saturday’s race.

“He backed up in seven days into the Pakenham Cup, so he had a big week and he has come out of it beautifully,” he said.

“The plan is to go to the Bagot after that. I think he’ll love that and then I might freshen him and look for a possible Brisbane campaign during the winter.”

Nominations for Saturday’s race have been extended after 13 entries were taken on Monday.

Pakenham Cup third placegetter Midterm is also entered while fourth placegetter Valac is one of three nominations for the Lindsay Park stable, with Alfrarris and Creedence the others.