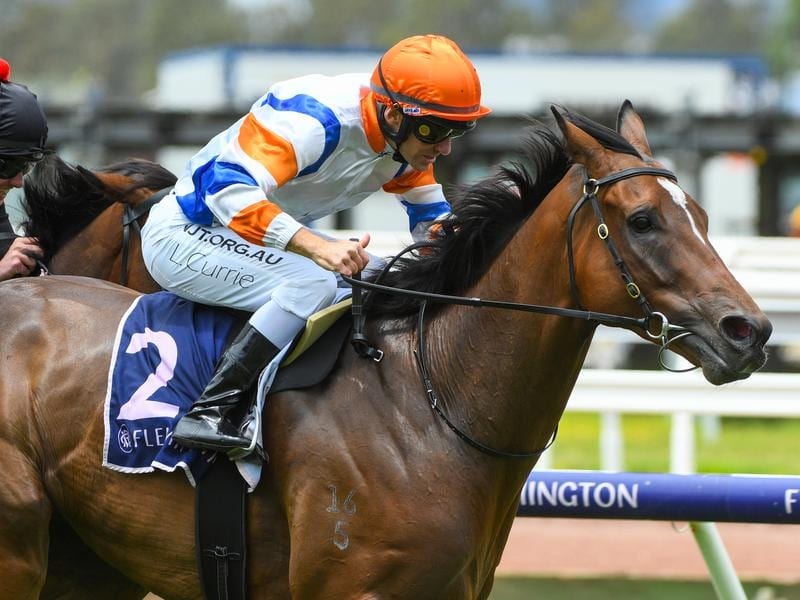 Secret Blaze has overcome a slowly run staying race to score a dominant win at Flemington and press his claims for a start in the Bagot Handicap.

The Listed Bagot Handicap (2800m) at Flemington on New Year’s day will provide trainers Tony and Calvin McEvoy with a guide to Secret Blaze’s prospects of contesting the Adelaide Cup (3200m) in March.

Secret Blaze came from the tail of the in Saturday’ s Christmas Carols Handicap with the 2500m journey run almost five seconds outside the track record.

Sent out the $2.70 favourite under Luke Currie, Secret Blaze defeated Defibrillate ($2.90) by three-quarters-of-a-length with El Don ($8.50) the same margin away third.

“From that wide gate Luke had no option but to go back and take his medicine, but they were really going slow and he was going to have to run some pretty slick sectionals to get there,” McEvoy said.

“I thought on the corner Defibrillate was going better, but he really toughed it out.

“We’re learning that he’s a pretty tough horse and a handy stayer and his next start will be in the Bagot.

“Longer term he might be an Adelaide Cup horse as he’s a progressive young stayer on the up.”