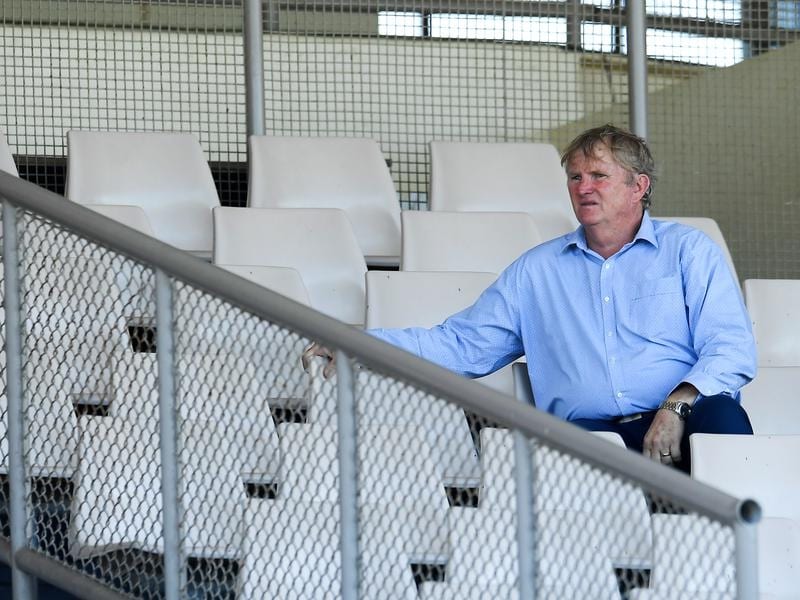 In-form trainer Kelly Schweida will rely on two rising stars and a stable stalwart to end his racing season on a high at Doomben.

He has been hooking plenty of fish on his annual trip to Queensland’s gulf region in the state’s far north, and hopes his luck continues on Saturday.

Schweida is the Mr Consistency of Brisbane racing and will again finish among Queensland’s top five metropolitan trainers when the season closes on Wednesday.

He has again recorded more than 50 (56) overall winners including 34 in the city.

Schweida will saddle promising two-year-olds Acrobatic in the Welcome Back to BRC QTIS Colts & Geldings Handicap (1200m) and Fleet Dove in the Quincy QTIS 2YO Handicap over the same trip.

He also has last-start winner Prince of Tie in the TAB Long May We Play Open Handicap (1600m) but it could be rising nine-year-old Outraged who could give Schweida cause for celebration after the race.

Outraged is aiming to win his first race in six years over a distance of less than 1800m.

Outraged has subsequently won nine races at distances between 2000m and 2400m including the 2016 Townsville Cup.

Schweida put blinkers on Outraged in the Listed Glasshouse Handicap (1400m) two weeks ago and the gelding ran an encouraging fifth.

“He swept around them and loomed up but eventually they were a bit slick for him at 1400,” Schweida said.

“We will leave the blinkers on for this run.”

Schweida said Prince of Tie had earned his chance in open company.

“He is one of those horses who always tries and he was strong at the end of 1400 when winning at the Sunshine Coast,” he said.

He added Acrobatic and Fleet Dove were showing plenty of potential.

“Acrobatic is a Snitzel horse and he was an impressive winner at the midweeks,” Schweida said.

“I don’t see why he wouldn’t be up to a Saturday two-year-old race.

“Fleet Dove also has breeding on her side being by Not A Single Doubt.

“Basil Nolan (breeder) and his family race her and a Saturday win will boost her for a later stud career. She might make a nice distance horse a bit later.”