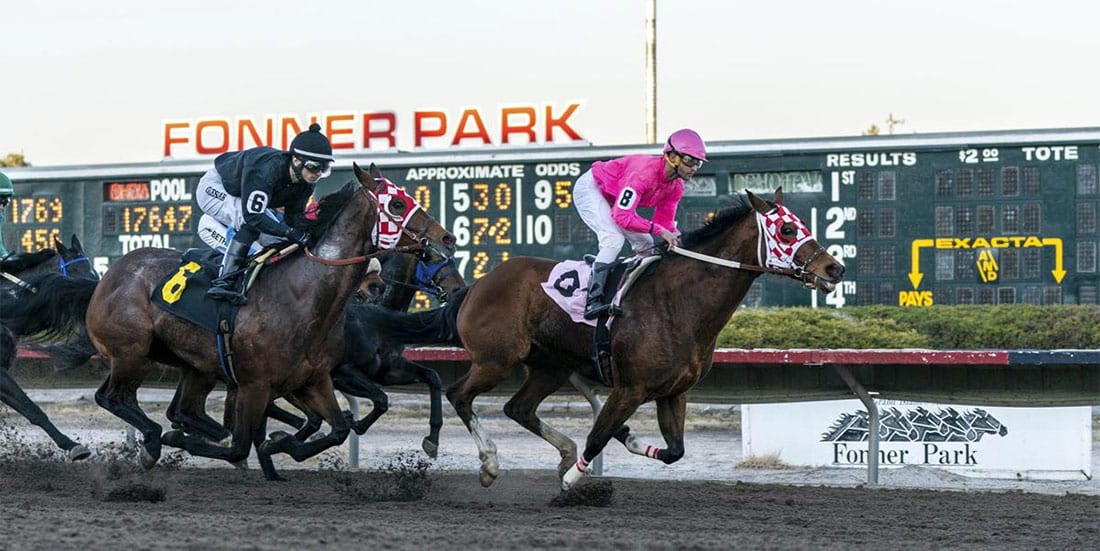 It’s not saying much when the richest race on any card has a first prize of less than $10,000, but that is the case at Fonner Park in the United States on Tuesday. The Stakes race for horses aged three over six furlongs on dirt at 19.09 CDT carries the biggest purse and provides a good opportunity for Saygoodnightgracie to win her third race in as many starts. Nine horses are declared to run in the sixth race at 18.15, of which Golden Bullet has the form and ratings to prevail.

There will be plenty of betting on the Fonner Park meeting but little gambling activity at the track, with all races staged behind closed doors. The venue won’t make any money, except from a small amount of wagering in the car park where visitors can place bets. There will be no general admission, but the racing will be streamed live on the Fonner Park website.

Saygoodnightgracie recently moved stables and has her first run for a new trainer. The horse has achieved a career-high Official Rating of 70, so she is not the top-rated runner in the field. She’s The Beast is ahead of the selection on ratings and has won over the distance. Lovesaflyn is closely matched on form with that horse and can make the frame. However, Saygoodnightgracie is marginally preferred in the conditions and the horse to back in the early betting at +250 with BetOnline.

Golden Bullet is the form choice in the Allowance Optional Claiming race over six furlongs. Fonner Park is a dirt track and there is very little draw advantage. The selection has the highest Official Rating in the field, despite just one win in six starts. Legendary Larry was a beaten favourite last time out and Southernaire has won two races in three starts. Even so, strictly on the ratings Golden Bullet is the bet at +450 with BetOnline.

Away from Fonner Park, the 17.15 CDT race at Will Rogers Downs carries the most lucrative first prize of the day with over $17,000 up for the grabs for the winner. It’s an Allowance race for horses aged three and older over six furlongs on dirt. There is some race form between three of the market leaders. Reachreachreach beat Broadway Court and Fiddlers Tsunami in winning a similar race 15 days ago. However, Our Musical Moment has won over the distance and can win a fifth race in seven starts at +350 with BetOnline.

The main supporting race at the Oklahoma track is the Maiden Special Weight for horses aged three and older over six furlongs at 15.15. Three of the 10 runners are debutants and two other runners are having their second start. Lori’s Legacy is the most experienced horse but is exposed at this level. The progressive horse is Quick Calisia, which can go one better than a second-place finish in a similar race 14 days ago and win this race at +450 with BetOnline.