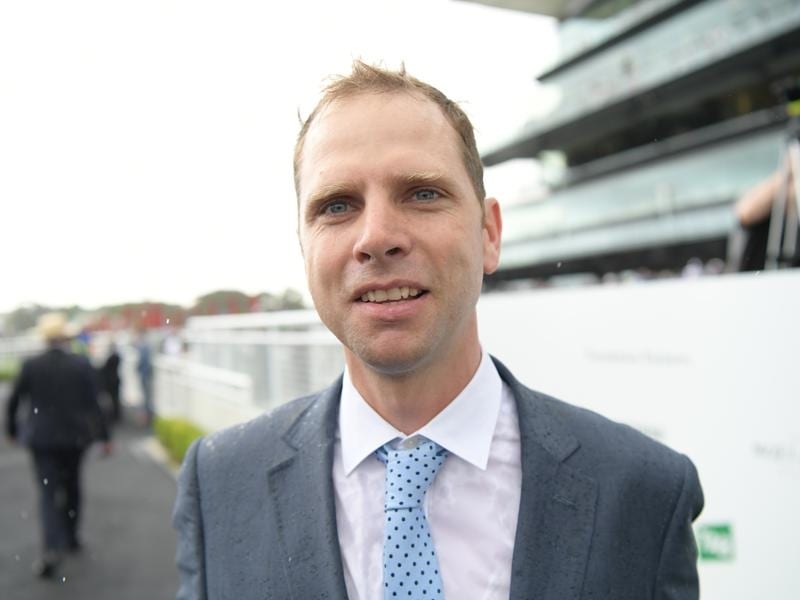 Matthew Dale will have a spring in his step when he heads to Warwick Farm with new recruit Sayed, a horse he hopes can showcase the stable’s versatility.

Dale is still high on confidence after celebrating a winning double with Standish Handicap-bound sprinter Fell Swoop and improving mare Sei Stellar at Randwick last Saturday, a feat that almost became a treble when Super Star Bob went down narrowly in the final race.

“It all worked out really well. Sei Stellar showed good, sustained speed and it was really good to get Fell Swoop back in the winner’s circle after such a long lay-off,” Dale said.

Dale isn’t expecting Sayed to make a winning debut for his stable in Saturday’s December Handicap as the 1400 metres is short of the horse’s best distance.

But he is hoping the race can be a springboard towards bigger goals, including the trainer’s hometown Cup in Canberra.

Dale is based in the nation’s capital but he also has stables at Moruya on the NSW South Coast and it is here Sayed has done the groundwork for his latest campaign.

“He showed a lot of ability a year ago then went off the boil a bit. He started to pull and not finish his races off so it’s a trial to send him down to the beach,” Dale said.

“He’s enjoying himself down there. It’s a learning curve for us just understanding him and it’s a starting point for his preparation.

“His coat has still got a bit of improvement and you only have to look at his profile to see he’s going to be better once he steps out in trip.”

Sayed is one of two former Chris Waller-trained gallopers in Saturday’s race, the other being Invinzabeel who is now in the care of Mark Newnham.

Dale said buying tried stayers was a strategy his stable had recently implemented to balance out its horse roster, and something they would look to continue in the future.

“The stayers complement our stable. We don’t buy them as yearlings so they don’t really come along unless you purchase them from left field,” he said.

“We bought quite a few stayers for that reason and things are going along well.”

Sayed is $34 in early markets, although that quote could tighten if the Warwick Farm track comes up rain-affected as the horse has superior form on wet ground.

The Joe Pride-trained Pecans is a narrow $4.40 favourite for the December Handicap, ahead of Godolphin’s Spectroscope at $4.60.