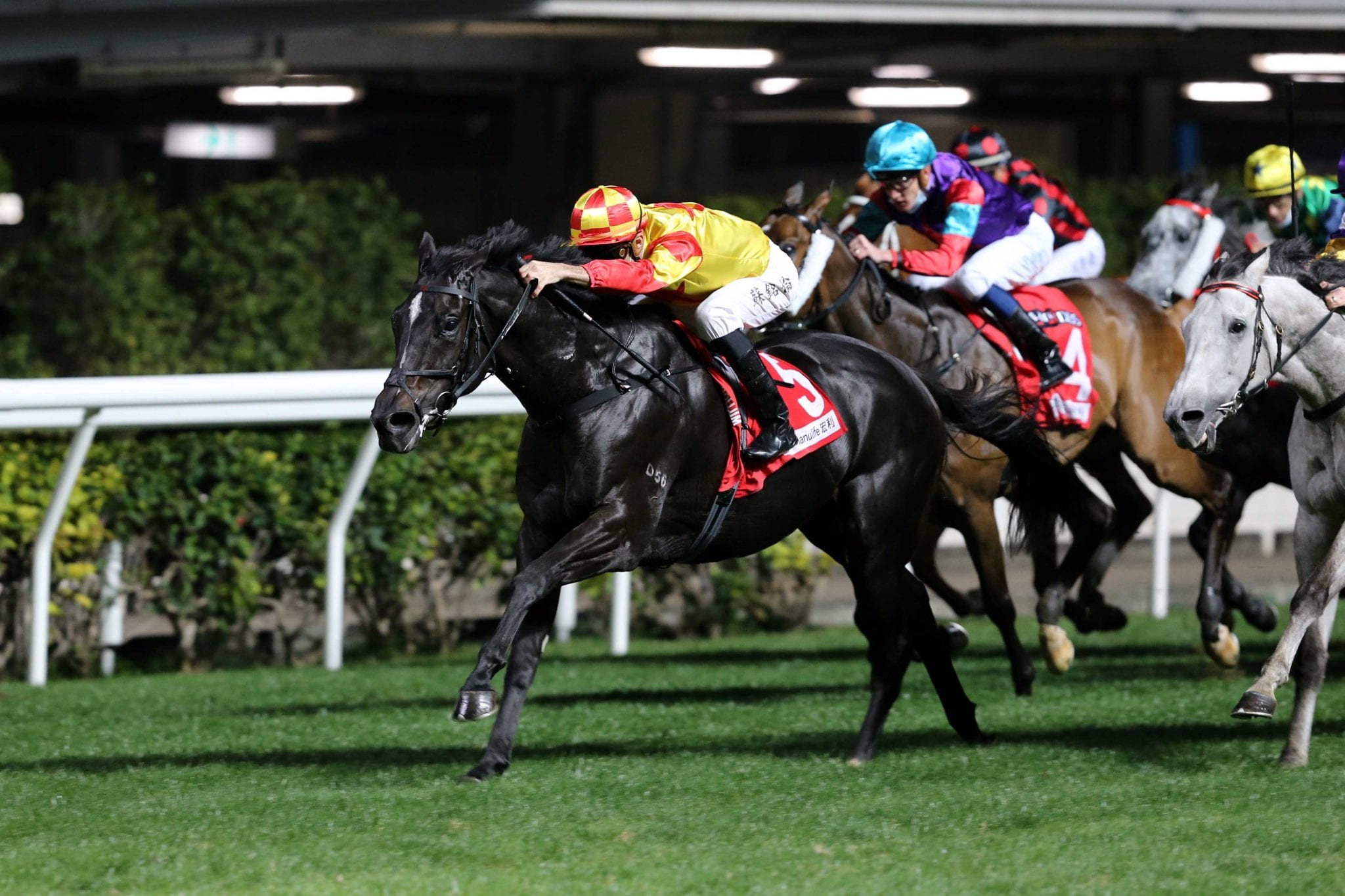 A collaboration of champion jockeys – past and present – and brutal discipline paved the way for Savvy Nine to belatedly break his Hong Kong maiden in emphatic style with victory in the Group 3 January Cup Handicap (1800), leaving Douglas Whyte to celebrate his first Group winner as a trainer.

Christophe Soumillon ruthlessly delivered on his promise to ride Savvy Nine at 120lb – a weight the Belgian rarely attains – as Whyte marveled at his former race-track rival’s tactical savvy.

In 16 starts in Hong Kong, including 12 for the retired John Moore, and four this season for Whyte, Savvy Nine had frequently shaped to win without breaking through.

But it took a strategic gem from Soumillon for the gelding to post his first victory in the jurisdiction, and just the second of the former British-trained galloper’s career.

Whyte, whose phenomenal riding exploits run to an unmatched 13 jockey championships and 1,813 wins, was delighted to have Soumillon in the saddle for his first black type triumph as a trainer.

“Christophe has been one of the masters of the game for a long time,” Whyte said.

“When he came here, I had a lot of run-ins with him as a jockey. I beat him, he beat me. That’s what competition is all about.

“The thing about Christophe when I rode against him, I learnt quickly that he’s a serious competitor and he’s got a serious brain on him. He can read a race.”

Soumillon approached Whyte after Savvy Nine finished third under Ryan Moore in a Class 2 over 1800m at the Valley on 9 December – when Soumillon couldn’t ride because of COVID-19 related issues.

“Ryan jumped off last time and said ‘I was a bit unlucky, I couldn’t get going when I wanted to’,” Whyte said.

“Tonight, I didn’t have to give Christophe much instruction. I just said to him to get going at the right time, use the track where you can and get going when you can. He did exactly that and the horse appreciated that.

“The horse deserves that win, he’s been threatening to do that and he’s now won a nice race.”

Soumillon was jubilant. “I’m very happy, it’s a long time since I’ve ridden at this weight as well,” he said.

“It was a nice effort. I gave Douglas a call (after the LONGINES International Jockeys’ Championship) and I said ‘this horse will run a nice race’ but he told me ‘Yeah, but I don’t think you’ll be able to ride him at the weight.’

“I said ‘Listen, I’m gonna try my best and I think I’m gonna make it (the weight).’ It was a bit tough to go there but, finally, in the race my horse gave me everything and I’m very proud to win a nice race for Douglas.

“We fought against each other for a long time here on the track and now we work with each other.”

With Time Warp setting a moderate pace, Soumillon snatched a decisive advantage on straightening to hold off the favourite Glorious Dragon and Singapore Sling.

“I thought the pace would be stronger than that, but Time Warp is getting a bit older now and nobody pushed him too hard,” Soumillon said.

“I got a lovely race. I had to work from the last turn and I didn’t want to come too wide.”

Whyte will monitor Savvy Nine’s recovery from the run before plotting a pathway to the five-year-old’s next start.

“Horses like that get a nice bounce and a bit of confidence out of winning, so I’ll look at the program and see where we go from there,” Whyte said.