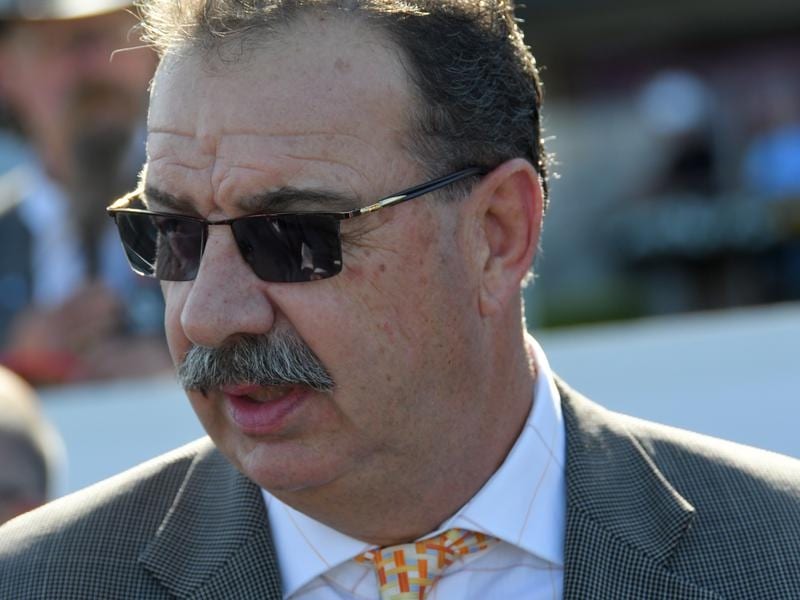 Sydney-based New Zealander John Sargent has set his sights on the $1 million Gong (1600m) as Luvaluva returns at Randwick.

But first, the five-year-old mare, who finished fourth in the 2017 VRC Oaks, will run in Saturday’s Filante Handicap (1400m) after a five-month lay-off.

The race is a reasonably low-profile comeback for a Group Two winner but her trainer has bigger plans in store over the next month, eyeing the new quality handicap at Kembla Grange on November 23.

“But she’s won over 1300 metres earlier in her career so let’s hope she runs well fresh.

“We’ve trialled her. Now this 1400 metre race, another one in two weeks and then she’ll go to The Gong.

“It’s all systems go for that.”

He felt Luvaluva was crying out for a lengthy spell after a luckless Queensland campaign during the autumn when she finished unplaced at the Gold Coast, Doomben and Eagle Farm.

“It just didn’t really work out so we pulled the pin and gave her a good long break,” he said.

“She’s sort of missed the carnival.”

Her late arrival could mean a trip west early in the summer, with Sargent nominating her for the Group One Kingston Town Classic at Ascot on December 7.

“She might go to Perth. We’ll just see how the flights are,” Sargent said.

Sargent has a knack for producing Classic fillies, with Gust Of Wind famous for handing Winx her final defeat in the 2015 Australian Oaks.

He also won 2012 Queensland Oaks with Quintessential and the 2013 VRC Oaks with Kirramosa.

But he will not be taking Aspect Ratio, a $5.50 chance in the Antler Luggage Fillies Classic (1600m) at Moonee Valley on Saturday, to Flemington this year because of concerns over the 2500 metres.

“I’d normally take a horse like her to the (VRC) Oaks but I won’t because I think there’s more to be seen with her in the autumn and at four and five (years old).

“We’re just staying at the mile. This will be her last run and it’s a Group Two and then we’ll spell her.

“If I had an Oaks horse, it would be her. But it just seems too hard on them over 2500 metres. The ones I’ve had haven’t come back.”

Sargent has opted to send two-year-old colt Encountabull to Moonee Valley along with Aspect Ratio for a shot at the $500,000 Inglis Banner (1000m).

Rising star Foxborough will also bypass the Oaks but will run in the traditional lead-up at Flemington on November 2, the Group Two Wakeful Stakes (2000m), won by Luvaluva in 2017.