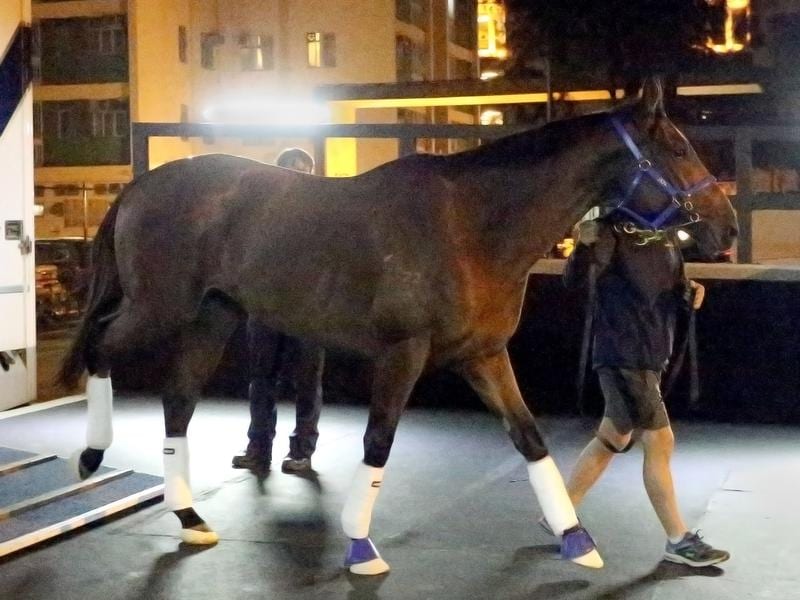 The Anthony Freedman-trained five-time Group One winner flew out of Melbourne on Monday and the stable said on Twitter the gelding had handled the trip well ahead of Sunday’s feature race.

“He travelled over extremely well on the flight. A couple of easy days before a light hit out later in the week ahead of Sunday’s race.”

Santa Ana Lane easily accounted for a field of Australia’s top sprinters in the Group One TJ Smith Stakes (1200m) at Randwick at his most recent start on April 6 and Sunday’s race will be the gelding’s third start of his current preparation.

Six-year-old Santa Ana Lane, to be ridden by Hugh Bowman who replaces the suspended Mark Zahra, is one of two Australian sprinters set to line up in the race, the other being the Lloyd Kennewell-trained Viddora.

Viddora finished fourth in the Al Quoz Sprint in Dubai last month and has been in Hong Kong for almost two weeks preparing for the Chairman’s Sprint Prize.

The race was won by Australian champion Chautauqua in 2016.