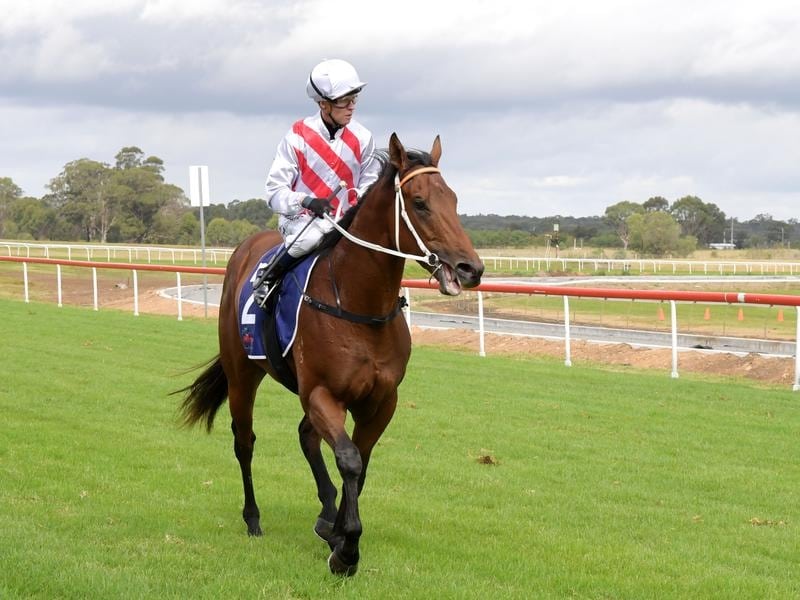 Promising colt Graff will put his unbeaten run on the line when he makes his season return in the San Domenico Stakes at Rosehill.

The Kris Lees-trained Graff won his only two starts as a juvenile at Rosehill and Hawkesbury in April before being scratched at the barriers in the Group Two BRC Sires’ Produce Stakes at Doomben in late May.

Graff finished a close second to Jonker in a recent barrier trial at Gosford and Lees expects a forward showing from the three-year-old first-up on Saturday.

“He couldn’t have done much more at two,” Lees said.

“He only had the two runs and unfortunately he was scratched in the Sires’ in Queensland but he’s come back in good order and he’s in for a nice preparation.

“We’ll just see what level he gets to. Whether he can get out over a mile for a Caulfield Guineas, we’ll see.

“The first thing will be to aim towards the Golden Rose, if he’s good enough.”

Lees was happy with Graff’s recent trial, which he said was run at a solid tempo over 800m on August 6, and he believes Saturday’s race shapes up nicely for him.

“It looks like a race where there will be good speed,” he said.

“I’d expect he’ll be back off them but I think he’ll get home quite well.”

Should Graff perform to expectations, Lees said the colt was likely to progress to the Run To The Rose (1200m) on September 8 and the Group One Golden Rose (1400m) two weeks later.

Jason Collett will ride Graff in the San Domenico, which has 11 nominations.

Rosebud Quality winner Sandbar heads the nominations but Brad Widdup said at this stage the colt was unlikely to run, with the trainer preferring to wait for the Run To The Rose, which would be a test of Sandbar’s Golden Rose credentials.

Lees, meanwhile, said it was good to see multiple Group One winner Le Romain back in the winner’s circle at Randwick on Saturday with his first-up victory in the Show County Quality.

He said Le Romain would head to the Tramway Stakes in Sydney on Saturday week.

The San Domenico Stakes is one of three Group Three races on Saturday’s program, which includes the Ming Dynasty Quality and the Premier’s Cup.