Sam Weatherley To Ride She Knows 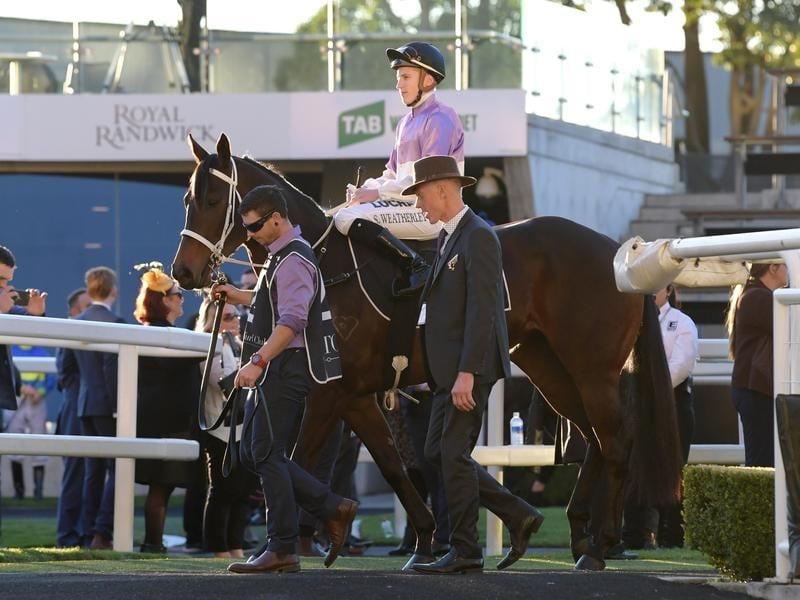 Danny Williams will again call on claiming apprentice Sam Weatherley to reduce She Knows’ weight when the filly returns to Randwick.

The three-year-old has been given 61.5kg in Saturday’s Benchmark 80 over 1000 metres, a weight her trainer is not overly happy believing she is paying the price for her one start at Listed level.

She Knows finished second to In Good Time in the Denise’s Joy Handicap at the Scone carnival in May after which she lugged 62.5kg to win at Randwick.

At her past two starts she has finished second at Randwick on June 9 carrying 60.5kg and won with Weatherly aboard, with his 2kg allowance reducing her weight to 56.5kg last Saturday week.

Both her past two starts have been on heavy tracks with another wet surface predicted.

“I feel she is highly weighted but you could suggest her form puts her where she should be,” Williams said.

“But before Scone she beat average Class Two horses at Hawkesbury and nothing has come out of that race of any consequence whatsoever.

“So we will use Sam’s claim again on Saturday. He rode her well last time.”

Weatherley is New Zealand’s leading apprentice and is on a three-month trial with the Chris Waller stable in Sydney.

She Knows is one of 23 nominations for Saturday’s sprint which has a field limit of 13.

Part of her preparation will include a trip away from Goulburn to Williams’ satellite base at Moruya on Wednesday.

“We will take her to the beach to work tomorrow,” he said.

“It will just be a day trip and something different for her.”

The filly will be having her first start since running third to stablemate Tiger By The Tale in a 1400m Highway at Rosehill in November.

Since Matt Dale’s absence from the Highway races because of Canberra’s exclusion from the events for country-trained horses, Williams and Murwillumbah’s Matt Dunn have built on their records.

“Hopefully I can get another one with Highway Sixtysix. She’s very exciting and shows a lot of potential.”