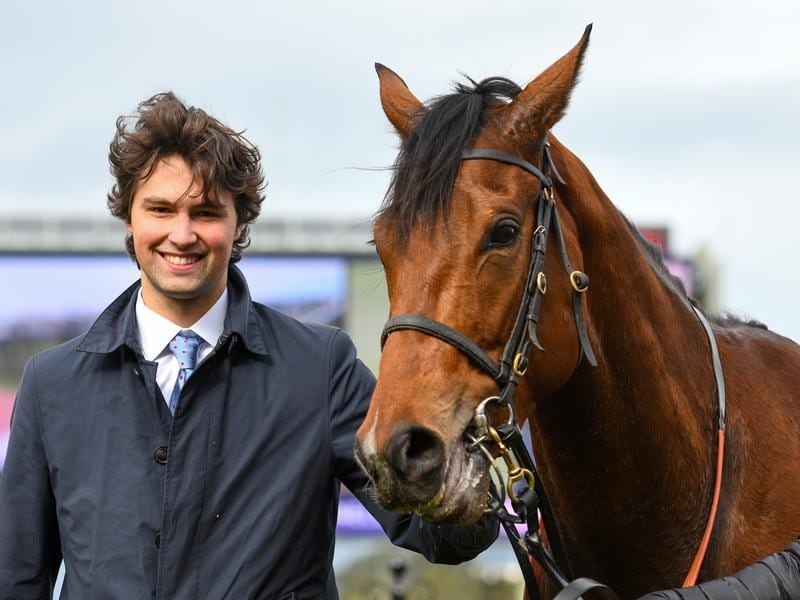 Sam Freedman will join his father Anthony in a training partnership commencing in the new season.

The pair have their first runners together at The Valley on Saturday saddling up three runners.

Sam has spent the past three seasons learning the ropes under his father as assistant trainer for Anthony Freedman Racing at the Pinecliff training establishment at Mount Eliza while the team also has stables at Flemington.

“I’m very excited and feel extremely privileged to be joining Dad in a partnership for the upcoming season,” Sam said.

“I feel like I’ve had a good grounding, growing up and being around the stable from a young age when Lee and Anthony were at Markdel.”

As part of Sam’s grounding he spent two years overseas with Newmarket trainer Roger Varian as his Pupil Assistant.

Sam said he was able to pick up different training methods, particularly with stayers, which also helped with the longevity of younger horses.

More recently Sam has worked with Group One winners that include Shoals, Santa Ana Lane, Lyre, Super Seth and Warning.

“With a base at both Pinecliff and Flemington our focus will always be to maintain attention to detail with each individual horse and keep transparency and honesty with our owners which has been one thing Dad has always drilled into me, quality not quantity,” Freedman said.

“We’ve got an amazing team of brilliant staff and amazing support from our loyal owners so hopefully we can continue to attain great results with a relatively small sized stable.”

Anthony said his son had worked hard since returning home and deserved to be officially recognised in a training partnership.

“He can see things differently through his experiences overseas and is enthusiastic about the progress and promotion of the stable,” he said.

“In the changing landscape, partnerships are becoming more and more common with the need to share the workload amongst more than one individual.”

Anthony Freedman Racing has enjoyed another successful season, training 92 winners to date, a year on year increase of 38 per cent and enjoyed Group One success in the Caulfield Guineas and Victoria Derby with Super Seth and Warning respectively.