Salsonic To Resume In Winter Challenge 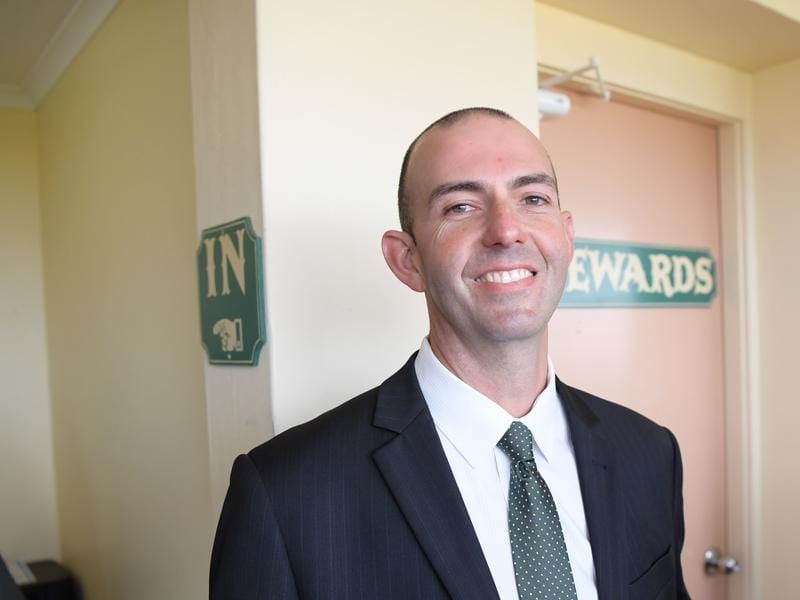 Jason Coyle is looking forward to taking Salsonic back to the races for the Winter Challenge at Rosehill but a wide barrier has the trainer realistic about his first-up expectations.

Last year’s Queensland Guineas winner has not raced since his midfield finish in the Villiers Stakes in December but is ready to return in Saturday’s Listed 1500m-race.

Coyle said the reason for the longer than usual time off was because Salsonic suffered a soft tissue strain and had not been rushed back to racing.

“He had a light preparation of slow work before he had this preparation so we just cuddled him back into work,” Coyle said.

The trainer said he could not be happier with Salsonic’s condition on the back of three pleasing barrier trials.

“We were ready to start him a couple of weeks ago but he didn’t get a run in the Winter Stakes so we opted to give him another nice easy trial over 1200 metres and he’s come through that well and looks in terrific order,” Coyle said.

“He’s probably as forward as you could get him having had three trials, albeit off a long break.”

Coyle felt Salsonic performed well last preparation without winning, with that campaign culminating in his eighth placing in the Villiers.

Salsonic has barrier 15 of 17 and while the gelding usually settles back, Coyle would have preferred a softer draw.

“If we had drawn a bit better and maybe been able to sit a little bit closer I would have been confident he would be hitting the line and maybe get into the top five or something like that,” he said.

“But I guess from out there we’re going to be a long way off them and as long as he resumes well and hits the line well I think we’d be pretty happy with him.”

Coyle has tried to keep Insensata fresh and sharp as the mare is staying at 1200m in the ATC Thanks Owners Handicap after a second placing first-up.

“But I’ve tried to be as light as I could on her over the past two weeks.”

Coyle thouight three-year-old You Make Me Smile was a little dour last week over 1200m at Randwick and is backing him up over 1400m with the application of blinkers in Saturday’s TAB Rewards Handicap.