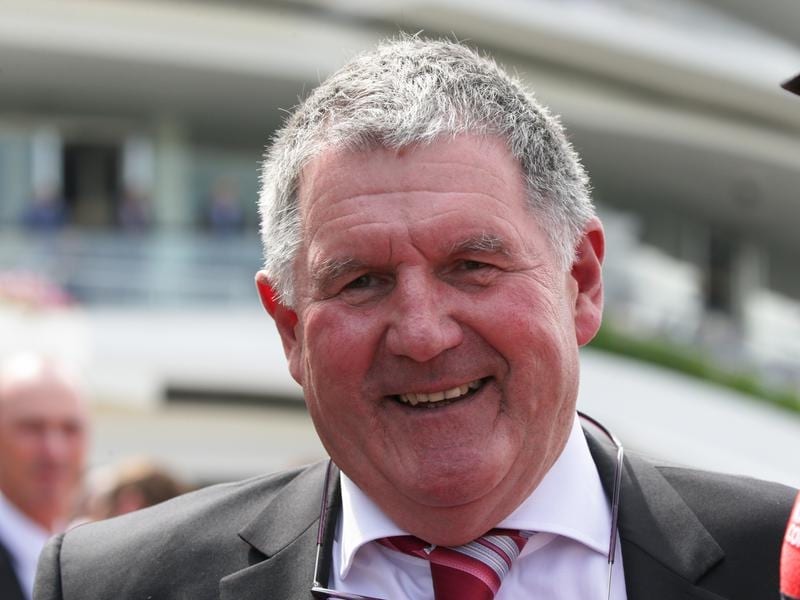 What are the odds horses from one stable drawing the same barrier in three consecutive races.

In the case of Caulfield trainer John Sadler, it’s 3536 to one.

Sadler has three starters at Caulfield on Saturday starting with Superhard in the Ladbrokes Handicap, followed by Sircconi in the Listed Anniversary Vase and Observational in the Le Pine Funerals Handicap.

“I’ve got three horses in. They’re in the last three races on Saturday and they’ve all drawn three,” Sadler said.

“What are the odds of that.

Betting on Saturday’s program points to Superhard being the best of Sadler’s chances.

A first-up winner over 1000m at Flemington, Superhard was dropped to 955m for his most recent start at Moonee Valley on March 22.

“We wanted to keep him really fresh and get another run under his belt,” Sadler said.

Sadler is planning another 1200m start for Superhard before a potential rise in distance.

Among the options is the Wangoom Handicap at next month’s Warrnambool three-day carnival.

Sircconi has proven a puzzle for Sadler with the gelding finishing last at his past two starts.

Sadler is aiming the four-year-old at the Group Three Victoria Handicap at Caulfield on April 20.

“We’ve had a lot of issues with him and overall we haven’t been able to get him right,” Sadler said.

“He was basically pulled up at the last run of his last campaign and he ran last at his first run this time.

“His action has improved and I think he’s going better, but I can’t predict how he’s going to go.”

Observational is preparing for a tilt at the Group Three Easter Cup, a race he won in 2017 with Sadler’s son Tom aboard, before running second in the Warrnambool Cup.

Sadler expects Observational to need this run to bring him to peak fitness.

“Hopefully he can win the Easter Cup and if not have another crack at the Warrnambool Cup,” Sadler said.

“Hopefully we’ll get a drier track down there this year.”

On current prices, a Sadler treble would net $5658 for a $1 investment.