Sacred Capital the star of Macau 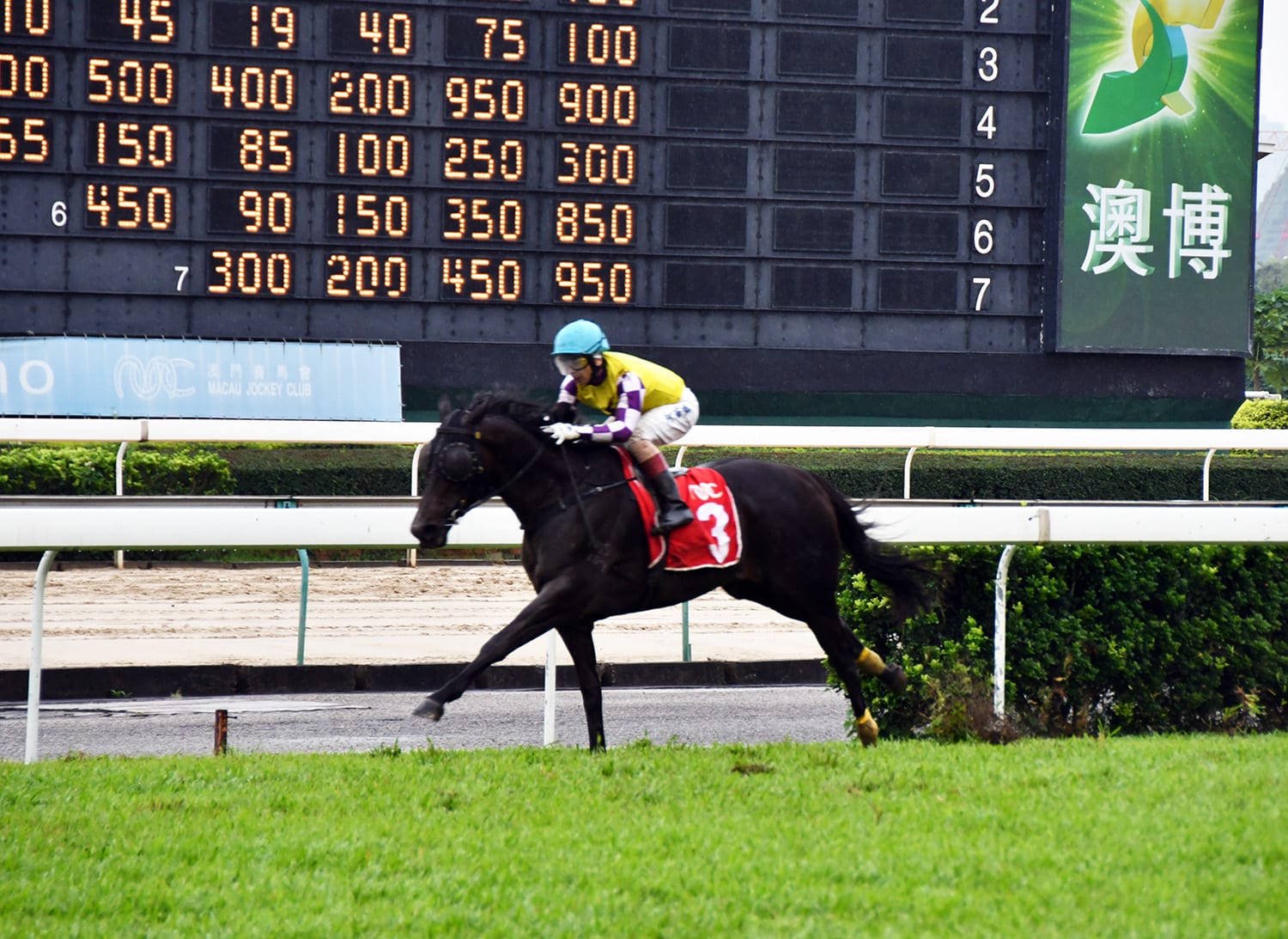 The five-year-old has won six of his eight starts in Macau for trainer Joe Lau, having landed the M$2.6 million Macau Derby (1800m) at his previous start and the good-looking gelding is noted for his versatility, being able to adapt to different running styles and track conditions.

Sacred Capital started a well-fancied $1.90 favourite and was ridden to victory by Peter Ho. “It was a big win, that’s for sure, and he is just a great horse. It’s easy to train horses like him,” Lau told Harry Troy of the Macau Jockey Club.

It was the typical modest reply that you’d expect from Lau, but the truth is it has not all been plain sailing for Sacred Capital who through an abscess on his hoof had to miss both the Derby Trial (1500m), and the Macau Guineas (1500m) the main lead up races to the Derby. “Yes he had some issues but fortunately we were able to get his hoof right even though it was a bit of a rush to get him fit for the Derby,” Lau said. “It’s been a great team effort overall and a big thanks to my stable team.”

The win gave Lau his first ever victory in the Macau Gold Cup which is one of the few Macau features that have eluded him. A graduate of the New Zealand Bloodstock Ready To Run Sale, Sacred Capital was sold by Waikato Stud for $580,000 to the bid of Victorian trainer Ciaron Maher, in conjunction with bloodstock agent Bruce Perry and Waterford Bloodstock. The son of O’Reilly commenced his career under the name Rellson in Australia for Maher, where his six starts included a maiden victory, a fourth in the Listed Poseidon Stakes (1400m) and sixth placings in the Group 2 Autumn Classic (1800m) and Group 3 Carbine Club Stakes (1600m).

Since relocating to Macau, Sacred Capital has won six of his eight starts and earned more than M$2.5 million in prize-money (NZ$485,000) for Raffles Racing’s Dato Yap Kim San, who races him in partnership with Chen Ching Lung.

The Macau Racing season concluded over the weekend with New Zealand breds winning 32.3 percent of all races for the season in the territory. Brazilian Ruan Maia was once again crowned Champion Jockey on 71 wins, 19 victories clear of Luis Corrales on 52 with Peter Ho third on 42 winners. Stanley Chin picked up his first Champion Trainer’s Title with 52 winners, 11 ahead of Sio Cheong on 41, with Danny Wong and Tony Fung in a tie for third on 38 wins.