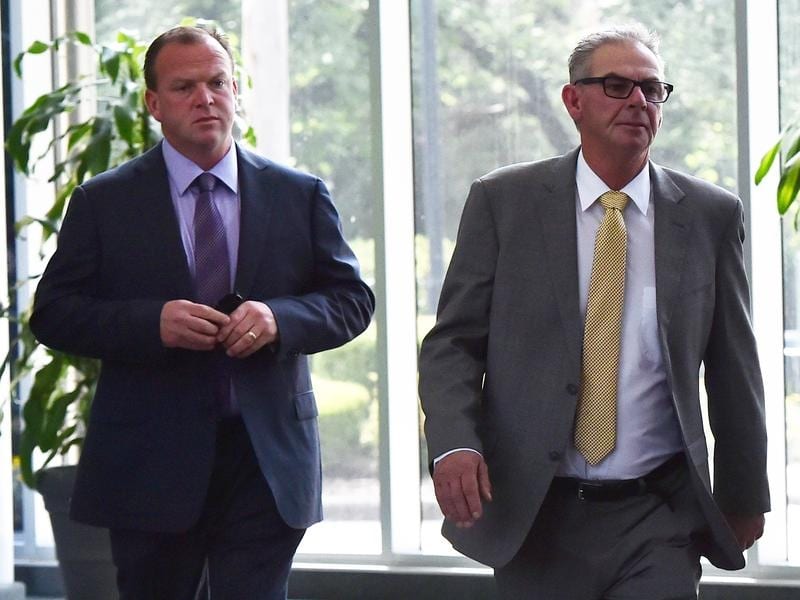 But the father/son partnership has argued that special circumstances apply that would lead to their disqualifications being less than the mandatory three years.

The appeal judge who found both trainers guilty over the deliberate and secret race-day administration of cobalt has reserved his decision on penalty.

RV barrister Jeff Gleeson QC argued the Hopes should be disqualified for longer than the minimum three years for administering cobalt to affect the performance of three horses in races in 2014.

“After about 50 years and 28 years respectively in the industry, Lee and Shannon Hope decided to cheat,” Gleeson told the Victorian Civil and Administrative Tribunal on Monday.

“They decided to engage in a system or pattern of conduct of administering prohibited substances to numerous horses to give those horses what they thought would be an advantage over and above the rest of the field.”

The Hopes’ barrister Rahmin de Kretser argued the combination of a number of factors meant special circumstances applied in the interests of justice, which would allow a shorter disqualification than the mandatory period.

He also said Lee Hope had no firsthand involvement in the administration of cobalt to the three horses and he should receive a shorter ban than his son.

De Kretser said the Hopes had spent hundreds of thousands of dollars on the four-year case.

Both had known nothing else except racing, he said.

“These are people who have lived and breathed this industry for many, many decades and frankly have no idea what the future holds for them once this disqualification period is imposed,” de Kretser said.

Justice Greg Garde will hand down his decision on penalty on an unspecified later date.