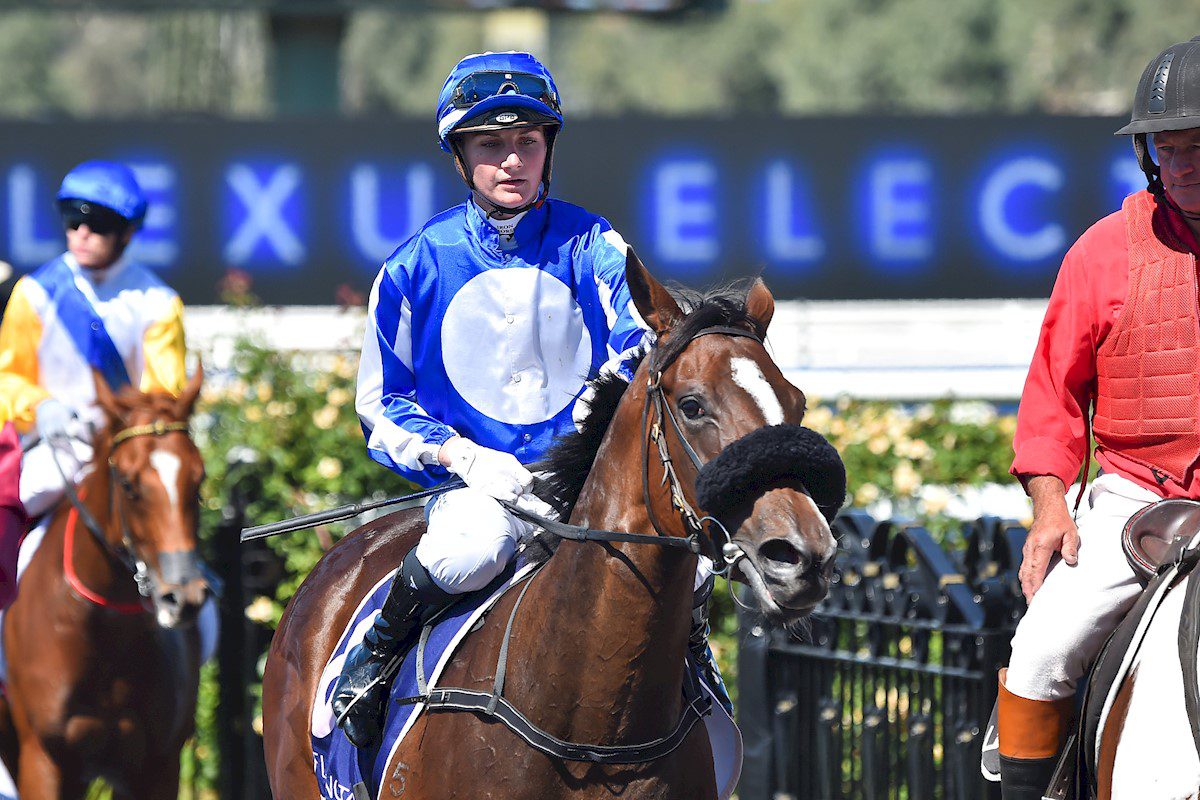 The Ciaron Maher & David Eustace training partnership teamed up with jockey Jaime Kah to take out the Group 3 Thoroughbred Breeders Stakes (1200m) at Flemington on Saturday afternoon with Ruthless Dame.

The two-year-olds came up the middle of the straight for the opening event on the card, with Kah giving her mount a lovely run in behind the leading horses.

Kah peeled out at the 300m to ask her runner for an effort. The daughter of Tavistock had to dig deep, as the Peter Moody-trained Nanagui challenged over the concluding stages, but Ruthless Dame was able to kick-back strongly to score a gutsy win.

The win makes it two starts for two wins now for the Maher & Eustace-trained galloper after she was able to win on debut over 1300m in a mid-week event at Sandown.

The stable considered running her in the Group 2 Sires’ Produce Stakes (1400m) later in the day, but believed the New Zealand-bred filly was sharp enough to win over the 1200m at this stage.

Eustace was pleased with the fight that his galloper was able to show.

“She showed plenty of tenacity when Moods’ horse came to her girth,” he said.

“She was very strong late.

Eustace indicated that a trip to Sydney is likely now for Ruthless Dame.

“The Sires’ is an obvious target for her… and the Percy Sykes.”

Kah was also impressed with the way her mount was able to fight her way to victory.

“She was probably headed at one stage, and she just really dug in deep,” she said.

“I didn’t really think we had much left until I dropped the whip and just straightened her up a little bit and she just found another length.

“She’s got a big heart and a big future as well.”

Kah indicated that the rise in distance could help her if the stable do choose to take the filly to Sydney for the Group 1 Sires’ Produce Stakes (1400m) at Randwick.
“She’s going to get over a bit of ground.”

Ruthless Dame is a $19 chance on Sportsbet for the ATC Sires’ Produce on April 2.