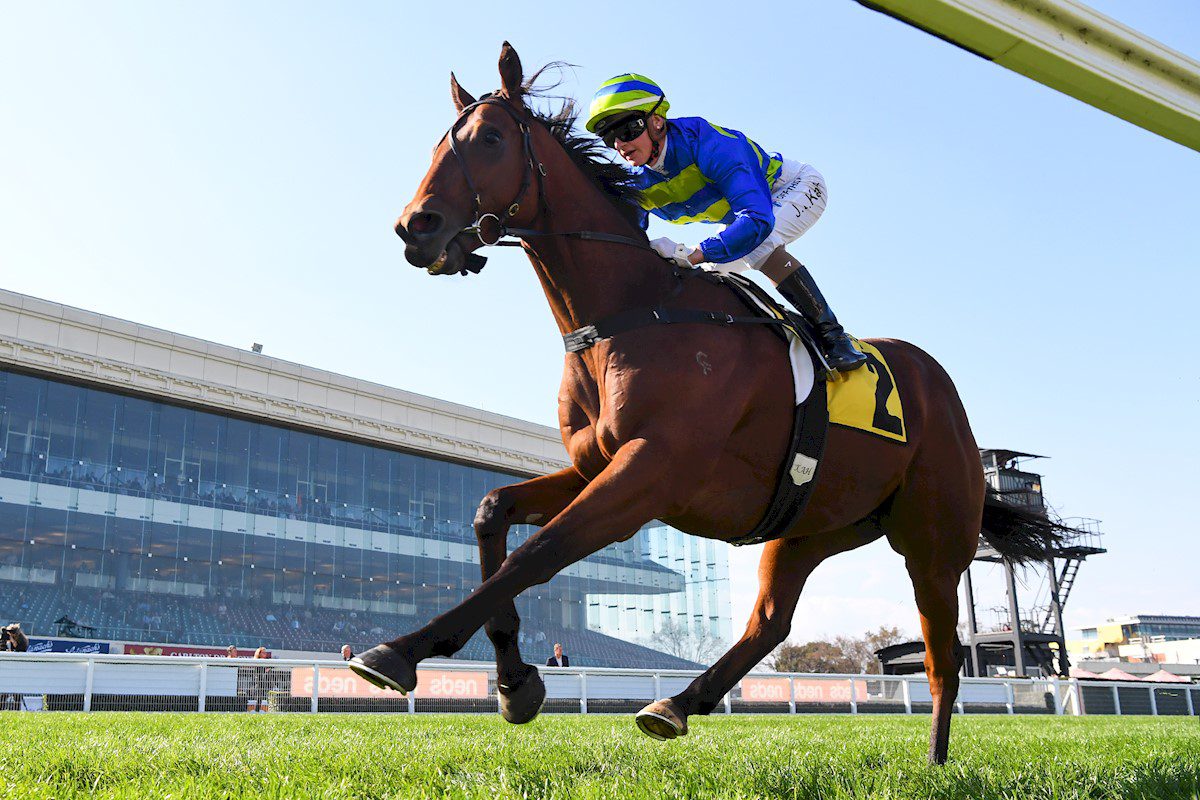 It all looked so easy, but the comfortable winning jockey aboard Grandslam from the $250,000 VOBIS Gold Heath (2000m) at Caulfield on Saturday said her lead-up was anything but simple.

Which is why Jamie Kah has an impressive 60 wins so far this Victorian jockeys’ season – she knows how to solve difficult problems.

Kah piloted the four-year-old gelding and $1.85 favourite with online betting sites to an all-the-way 5.5 length victory.

She now has plenty of confidence in him for the Warrnambool Cup on May 5.

But the 26-year-old had her work cut getting him right mentally.

“It’s not pretty. He does what he wants to do,” Kah told Racing.com.

“But on Tuesday it was the first piece of work where I felt him really relax.

Grandslam’s performance was enough for the star young hoop to declare he will be tough to beat in the Warrnambool Cup next month.

“I thought he was going well and I wanted to see him do that today. Jeez, he could’ve gone further – I couldn’t pull him up,” Kah said.

“His lung capacity is amazing. He’s got a really big set of lungs on him and he can just stay all day.”

Grandslam’s trainer Ciaron Maher also said his four-year-old was ready for a Warrnambool Cup assault, and was full of praise for Kah’s patience and poise aboard his improving stayer.

“He’s enroute to a Warrnambool Cup. Hopefully he gets there,” Maher said.

“And Jamie Kah – it’s not easy to ride this horse. She does a lot of work with him – a lot of gallops.

“They’re not very pleasant sometimes. He makes it hard work on her, and you could see she just knew him so well.