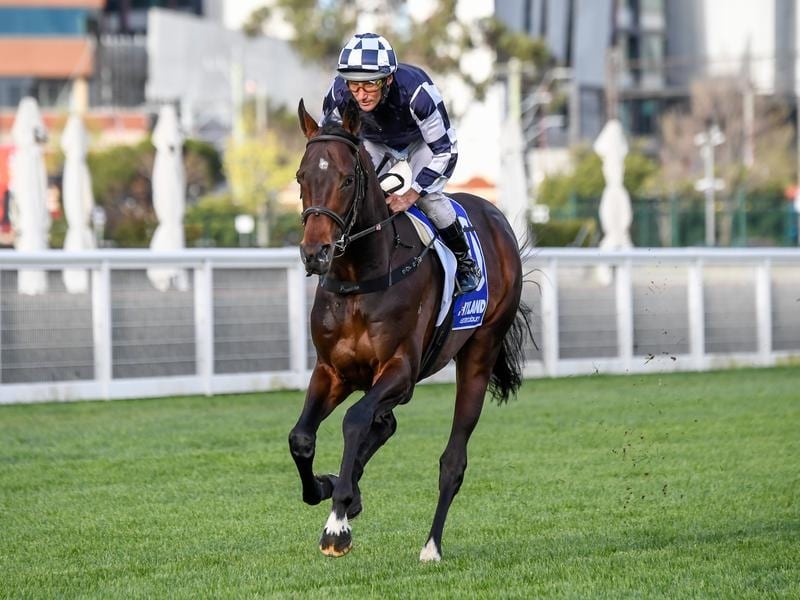 All Star Mile contender Russian Camelot will head to The Valley on Tuesday for one last serious piece of work ahead of the $5 million race on Saturday.

Trainer Danny O’Brien said the imported son of Camelot was in excellent order ahead of the 1600m contest.

Saturday will see the third staging of the All Star Mile which is alternated between the three metropolitan clubs in Melbourne.

Flemington staged the first running with Caulfield holding the race last year, without crowds, after the initial lockdown due to COVID-19.

The Moonee Valley Racing Club is expecting a decent crowd on Saturday, but still well short of capacity.

O’Brien is taking advantage of giving Russian Camelot another look at The Valley circuit having not raced there since finishing third to Sir Dragonet in the Group 1 Cox Plate (2040m) last October.

Russian Camelot then went on to finish eighth in the Group 1 Melbourne Cup (3200m) at Flemington, his last racecourse appearance.

O’Brien’s autumn plans for Russian Camelot take in the All Star Mile first-up before his main goal of the Group 1 Queen Elizabeth Stakes (2000m) at Randwick on April 10.

“He’s great,” O’Brien said. “He’s going to go to The Valley on Tuesday morning for one last piece of work.

“He’s ready to go to the races, it’s been a good build-up for him and I’m looking forward to running him.”

The All Star Mile is Australia’s only fan-voted race.

With 8460 votes, Russian Camelot was the sixth highest amongst the 10 top vote getters.

The final field and barrier draw will be announced on Tuesday.