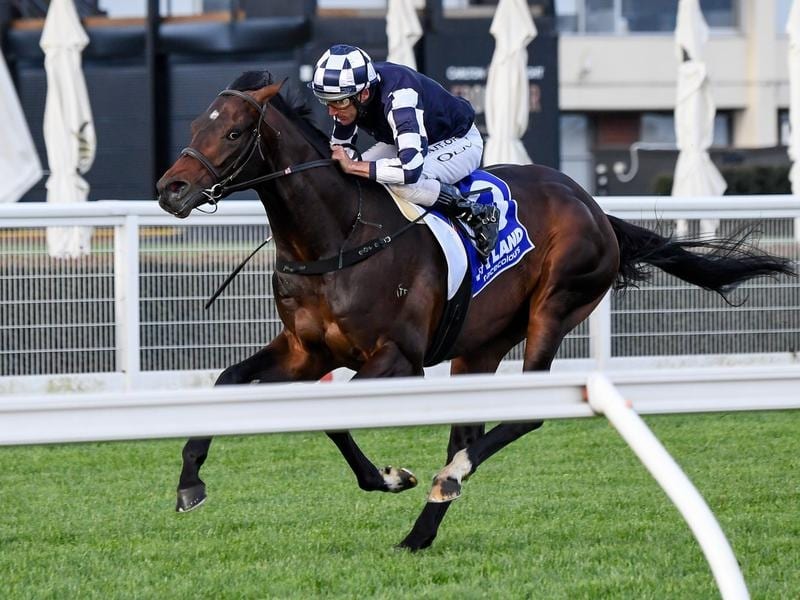 Melbourne Cup-winning trainer Danny O’Brien has some valid reasons why he will set Russian Camelot for the All-Star Mile first up at Moonee Valley.

O’Brien pointed out that Russian Camelot raced well fresh in the spring when second in the Makybe Diva Stakes at Flemington over 1600 metres, the same distance as the All-Star Mile.

“He also showed with his Cox Plate run that he’s adept at Moonee Valley so it’s a nice race to aim him for,” O’Brien said.

O’Brien was referring to Russian Camelot’s third in the Cox Plate behind Sir Dragonet and Armory.

TAB fixed odds markets have installed Russian Camelot as an $8 favourite for the $5 million All-Star Mile, which will be held at The Valley on March 13.

O’Brien said Russian Camelot had recovered well from his effort in the Melbourne Cup in which he finished eighth.

“He came through the Melbourne Cup well considering what a tough race it was,” O’Brien said.

“Also, by aiming for the All-Star Mile it gives us a bit more time than if we were setting him for the Australian Cup.”

O’Brien is planning to give Russian Camelot only two starts in the autumn with the other target being the $4 million Queen Elizabeth Stakes (2000m) at Randwick on April 10.

O’Brien also confirmed he would give his 2019 Melbourne Cup winner Vow And Declare a decent break after a disappointing spring.

The stayer will be set for the Queensland carnival in an attempt to replicate his successful 2019 spring campaign.

O’Brien said he was also looking at taking sprinter Graff to Queensland to run in the $1 million Magic Millions Snippets Sprint (1200m) on January 16.