Runson Switched On For Christmas Stakes 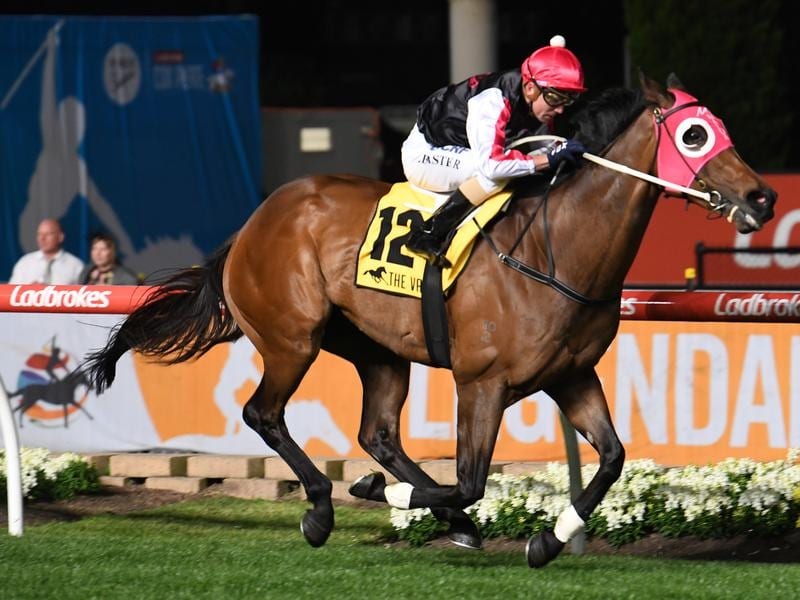 After a successful campaign in Melbourne during the spring, Runson was taken to Perth for his Group One debut in the Winterbottom Stakes at Ascot at the start of the month.

Runson showed early pace before weakening out of the race, finishing 12th behind Voodoo Lad in the 1200m-sprint.

Corstens, who trains in partnership with his father Leon, is expecting an improved showing from the speedster in Wednesday’s 1200m-Listed race.

He said the gelding had returned from his Perth excursion a different horse.

“I’m not sure what it was,” Corstens said.

“I suspect he went over there and went into spell mode. He wasn’t flat, but he just wasn’t himself.

“The first day he got back to Flemington, bang, he was back on song.

“He likes the hustle and bustle of Flemington. It seems to switch him on and he really gets the bit up between the teeth and he wants to work.

“That’s how he thrives so we leave him here.

“His gallops have been fantastic and I would expect him to run a really big race.”

Stephen Baster will ride after partnering Runson in his past five starts including his 4-3/4 length victory in track record time at Moonee Valley in October.

Corstens sees the nine-horse field a plus and barrier four ideal.

“Stevie can come across and have him where he’s comfortable and possibly dictate the race,” Corstens said.

Corstens said the stable would press on with Runson through the summer months and possibly into autumn.

“He didn’t have a hectic spring knowing that he was going to stay in work for six or seven months at the very minimum,” Corstens said.

“The plan has always been to race through summer and that’s what we plan on doing.”

Runson is second favourite for Wednesday’s race at $4.40, having drifted from $3.80 when markets opened.

The Darren Weir-trained Native Soldier has been the heavily supported favourite, firming from $4 into $2.80.