Rostropovich To Return In Golden Mile At Bendigo 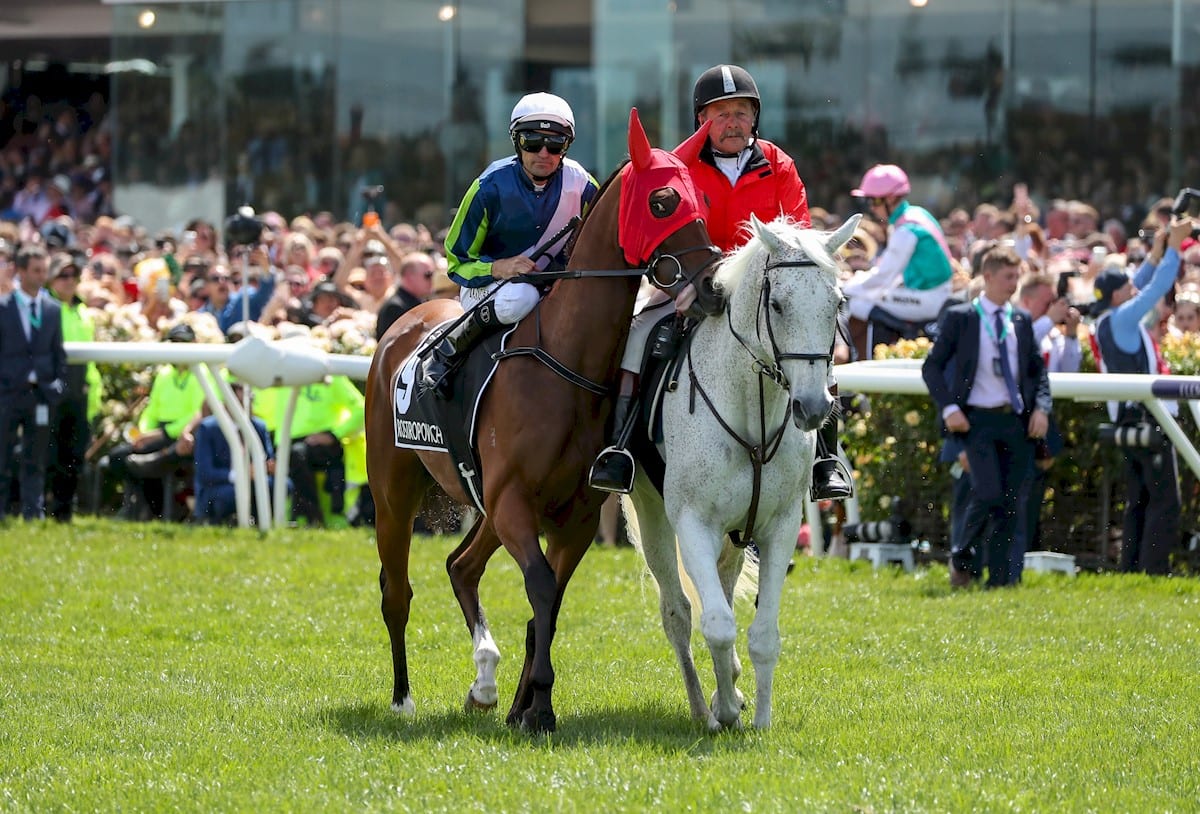 Rostropovich is set to make his long-awaited return to the racetrack from a pelvic injury suffered in the 2019 Melbourne Cup. The Lindsay Park-trained galloper returns to racing in the Listed Golden Mile (1600m) at Bendigo on Saturday.

Rostropovich was eased out of the Melbourne Cup, finishing last, and sent to the University Of Melbourne Equine Centre at Werribee for initial treatment before transferring to Lindsay Park for rehabilitation.

Rostropovich returned to work last year with a spring campaign in mind, but suffered a set-back, keeping him on the sidelines.

“He got swelling in a hind leg that was unrelated, a little infection, so we thought, just turn him out, put him on some grass, as he’d had a course of antibiotics,” Dabernig said.

“And he’s got through a couple of trials and is lovely and sound without any issue.”

Dabernig is not expecting a lot from Rostropovich on Saturday with the race being short of his best distance.

He said the stable would judge the galloper race-by-race.

I’d be happy for him to have a couple of runs, then a short break, back-off, and then kick back off in the spring, depending on how he’s going,” Dabernig said.

“At the moment, seeing what he does under race pressure, will be good for us and good for the horse to see how we manage him going forward.

“I’m very confident the horse is in as a good a shape as he can be.”

Included among the entries are So Si Bon, Skyward, Orderofthegarter, The Candy Man and Vassilator.