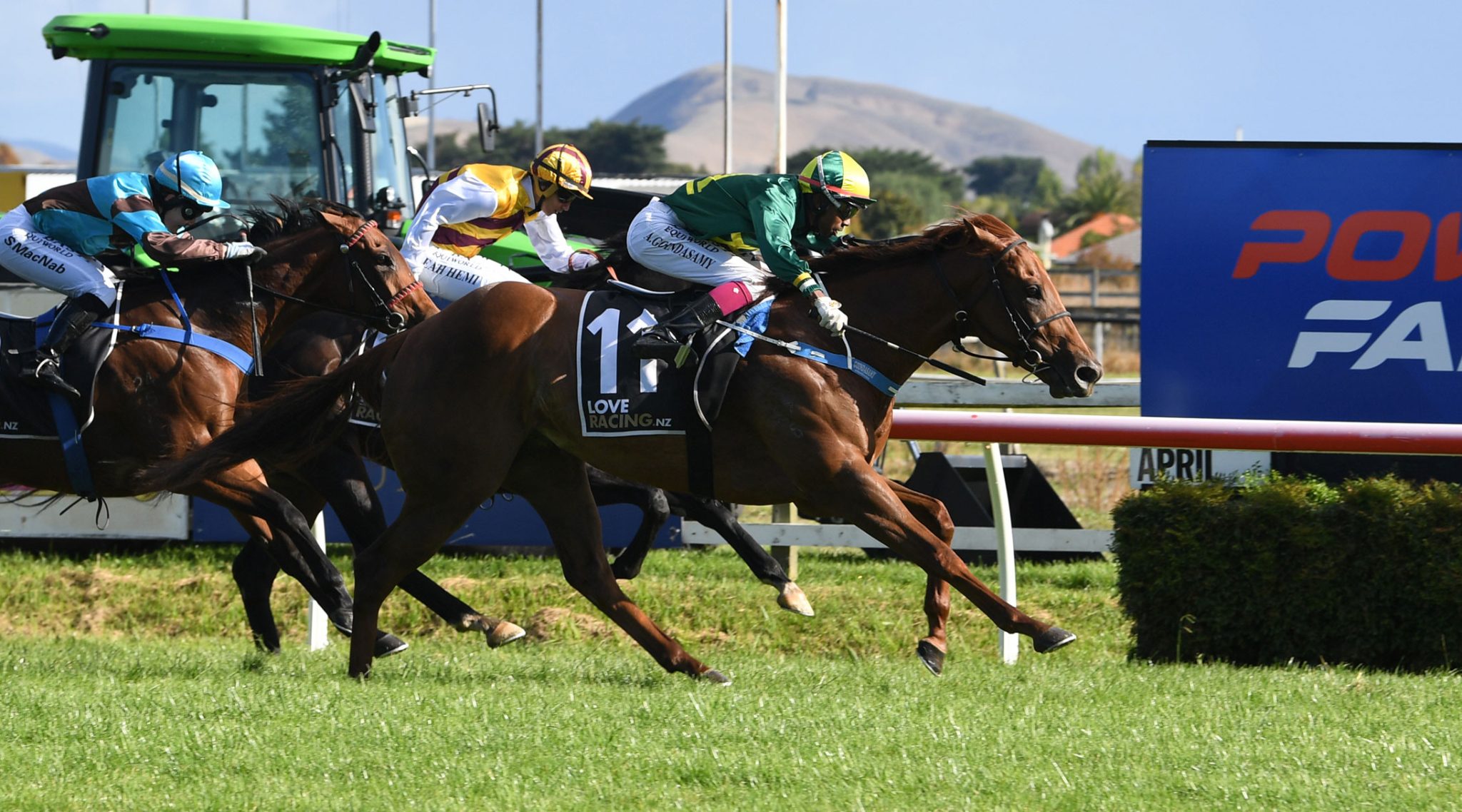 A daughter of Per Incato, the lightly-tried Roch ‘N’ Horse has won three of her 12 starts for Moroney and his New Zealand training partner Pam Gerard, including the Listed Power Turf Sprint (1200m), and placed on four occasions, including the Listed Lightning Handicap (1200m), Listed Counties Bowl (1100m), and the Group 1 Telegraph (1200m) when beaten a nostril by Saturday’s race rival Levante.

The Little Avondale-bred and raced mare will be ridden by Patrick Moloney, who rode her in a recent jump-out at Flemington, and will carry 52.5kgs in a field headed by Masked Crusader (57kg) and top three-year-old Home Affairs (56kg).

“She is a lightweight chance,” Moroney said.

“She went really nicely up the straight (at Flemington) the other day. She has had a few goes at Trentham and likes it and it is just a dog-leg and it is pretty similar to Flemington.

“Patrick (Moloney) had a sit on her down the straight and was really happy with her,” Moroney said.

“I’m very happy with him,” Moroney said. “He had the fastest sectionals of the day, the race wasn’t run to suit.

“If he had got to the outer turning in, he would have made it quite interesting the way he went. He was really badly off at the weights (under set weights and penalties) so it was a great effort.”

Moroney has put a circle around the Group 1 Doncaster Handicap(1600m) with Bankers Choice but said it will be a tough ask to make the field.

“The only way to get him into the Doncaster would be to go through the Ryder (Group 1, 1500m) which is not ideal,” he said.

“The only other thing we could do is go straight to the Doncaster and hope for attrition but that is the right race for him.”

Back in New Zealand, Moroney is hoping venerable stayer Sound can round out his career on a winning note when he contests the Group 2 Barfoot & Thompson Auckland Cup (3200m) at Ellerslie on Sunday.

“It will be his last run,” he said. “He is really well and going to strike a pretty weak Auckland Cup. In saying that he has been placed in it twice without winning it so hopefully it is third time lucky.

“Leith Innes (jockey) hopped off him last start and thought that considering the ground and what he had to do on him he went really well, so he has been fitted up with a fair bit of work in between and had a gallop between races at Matamata.

“He had a nice gallop on Tuesday morning and we are happy with him and if he is ever going to win a two-mile race it will be there (Ellerslie), and it looks the right race.”