Robert Heathcote A Chance With Only Runner 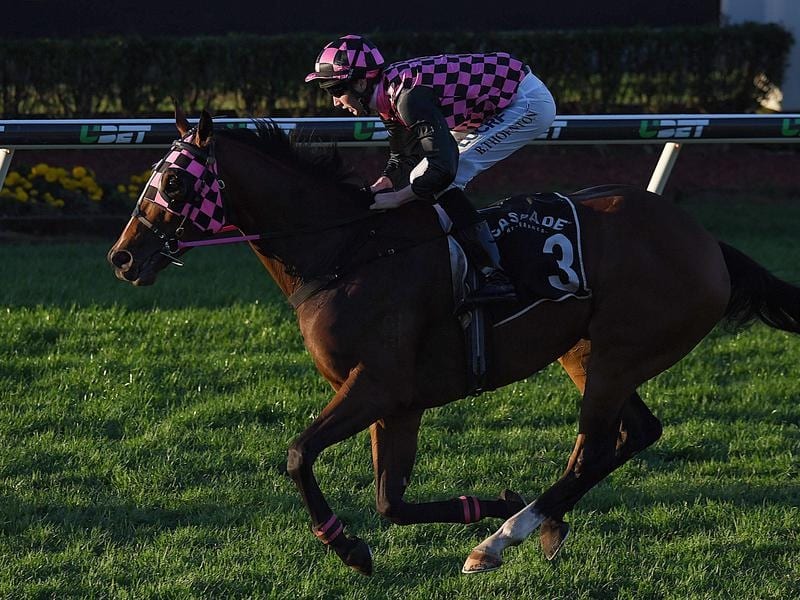 Trainer Robert Heathcote will have one runner at Doomben but is hoping the predicted wet weather means it will be a winning one.

The track is likely to be rain-affected although the predictions for Friday and Saturday have been downgraded from around 60mm to half that.

At his first run from a spell No Annamossity was sixth behind I’m A Rippa in the Group Three George Moore Stakes (1200m).

Heathcote said No Annamossity was one of several horses not suited by a slow early pace.

“They walked early and then got home in 32.9 seconds for the final 600 metres and my bloke had no chance,” Heathcote said.

“With the race out to 1350 metres on Saturday and with a decent early pace he would be a chance on any surface.

“But on a wet track I give him a real chance. His trial before his first-up run was very good and I have always felt he will be a stakes horse.”

The expected conditions for the Lough Neagh, the final race on the program, have punters keen on Niccanova as he chases his third stakes win.

Niccanova is more than handy on dry tracks but exceptional on wet tracks having won his three starts on soft and heavy ground.

Trainer Steve Tregea has taken a cautious path with Niccanova and decided against taking him to Sydney for the Villiers Stakes at Randwick on Saturday.

“He is headed to the Bernborough Handicap here in two weeks time which suits his program. Any rain won’t hurt him,” he said.

Murphy rode Prioritise when he was engaged in an early speed battle at Doomben in the Brisbane Handicap last week and dropped out to be last.