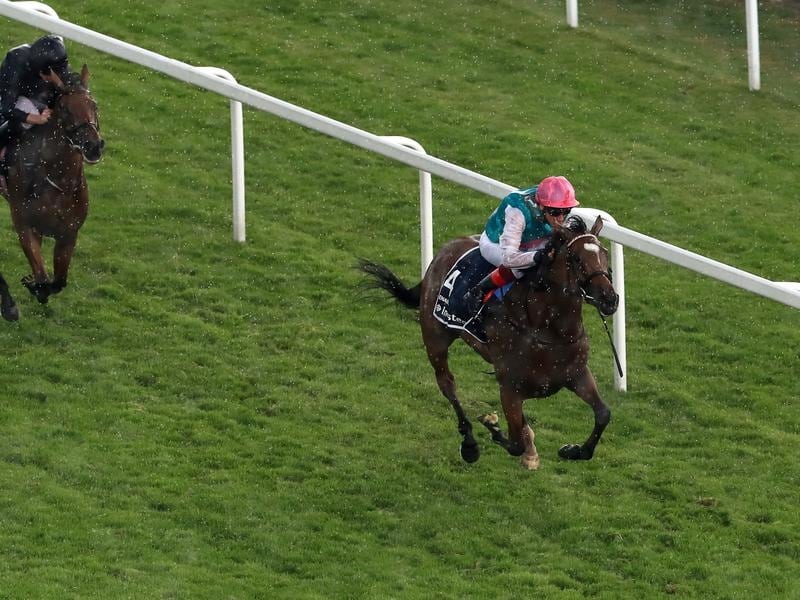 Trainer John Gosden has raised the possibility of Roaring Lion and Enable meeting in the Juddmonte International at York.

While Roaring Lion has continued on an upward curve by adding the Eclipse to his CV at Sandown on Saturday, Enable has yet to run this season after suffering a knee problem early in May.

Enable, whose stunning run of form last season included English and Irish Oaks success and the Prix de l’Arc de Triomphe, is gradually being built up to return to action in the either the Juddmonte or the Yorkshire Oaks.

“If the owners want to do so, I’d have no qualms about that at all. I hope we get into that position. It would be exciting if we did,” Gosden told Racing UK.

“The plan is to get Enable back hopefully for York. She’s training fine at the moment and we’ll be looking at the Juddmonte International or the Yorkshire Oaks.

“She’s cantering and I’m very happy with her. I’ll start building her up into half-speeds soon.

“The ability is still there and mentally she just loves training. We just don’t want a recurrence of what put us on the back-burner in the spring.”

As for Roaring Lion, Gosden reports him to have taken the Sandown race in his stride, having beaten the Aidan O’Brien-trained Saxon Warrior in a thrilling finish.

Gosden also had news of Cracksman, who was beaten at odds of 2-5 in the Prince of Wales’s Stakes at Royal Ascot by Poet’s Word.

“He got distracted by the girls (fillies) walking back from the Cambridge, so he wasn’t focused,” he said.

“He’s freshened up amazingly since Ascot. He did run a very fast time figure and the winner is a super horse and handled the conditions better than us, but I do have to say our boy didn’t exactly show up for the fight.

“It would be great if we could get them both (Cracksman and Enable) to the Arc. That is what it’s all about.”