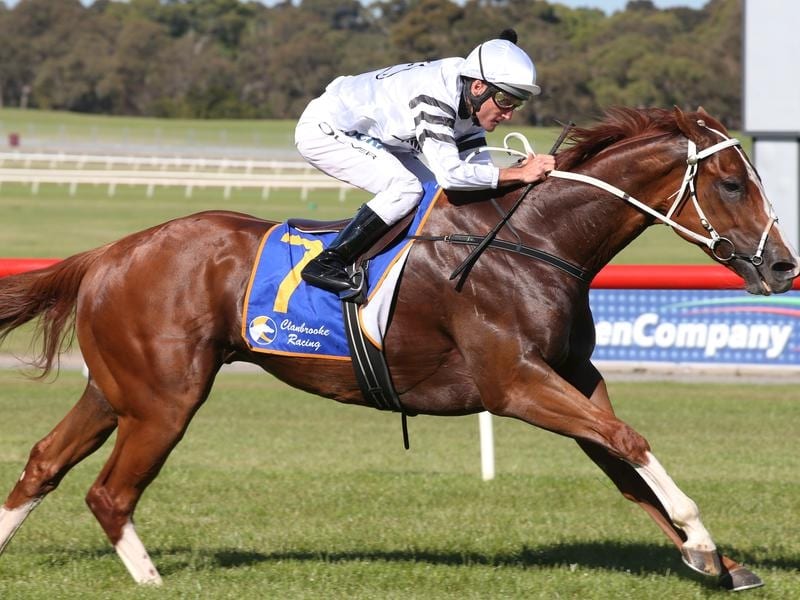 Lightly raced hot-head River House has shown his credentials with an impressive victory over a sprint trip at Sandown.

River House was lining-up for his fourth race start on Wednesday when he accounted for benchmark 64 company in the Clanbrooke Racing Handicap.

The manner in which he went about his work impressed both trainer Matthew Enright and jockey Damien Oliver.

Settling behind the speed, River House ($7) showed an explosive turn of foot in scoring by a length from Ville Chanson ($11) with the $4.40 favourite From The Clouds a long head away third.

“He’s got potential, we know that, but he’s got to get it together,” Enright said.

“He was very hard to saddle up today, taking three of us to get the saddle on him.

“If he could blend into us, come with us, he’d have a real good future, I think.”

Enright doesn’t want to be aiming too high too soon with River House who broke his maiden status at Bendigo last month.

Oliver said Enright was doing the right thing in keeping River House to sprint trips at this stage of his career.

“He sat off them nice and when I peeled out he had them pretty quickly and put paid to them really well,” Oliver said.

“Matt’s got the right idea keeping him to the shorter trips with the pace on at this stage and in time I think he’ll improve.”